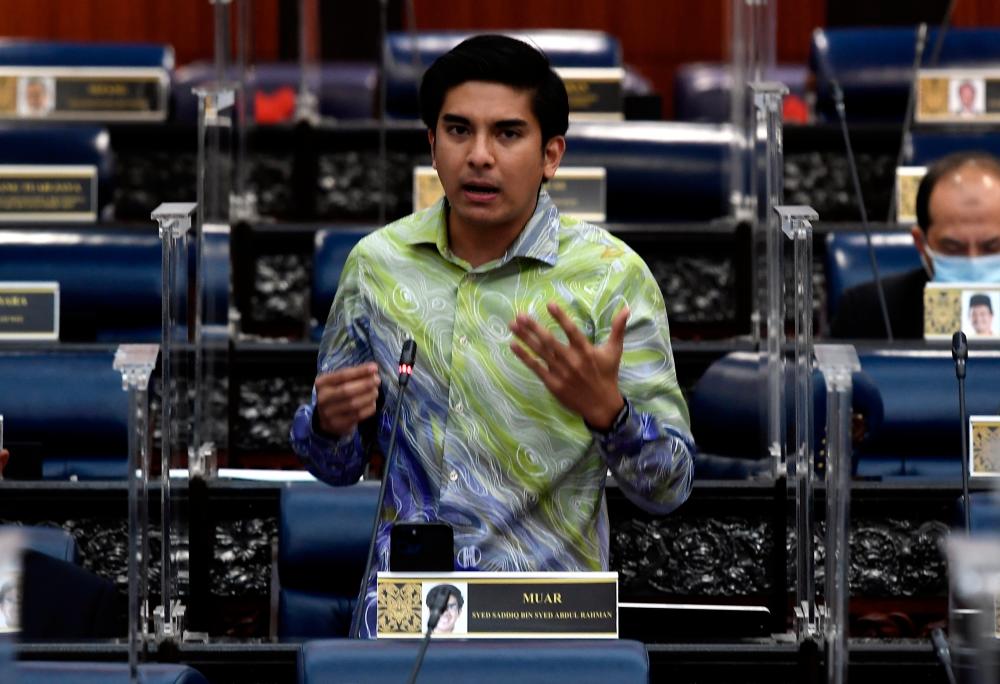 He said Syed Saddiq, the Member of Parliament for Muar, would have an advantage as he is a Johorean.

“We will ensure that the party’s candidates are from Johor,” he told reporters at the Johor Muda office in Kempas here today.

He said Johor Muda now has more than 12,000 members, and it was preparing its manifesto for the polls and would activate its machinery in all constituencies.

In the 14th general election (GE14) in 2018, Syed Saddiq contested the Muar seat as a Bersatu candidate under the Pakatan Harapan (PH) banner, winning with a 6,953-vote majority against the incumbent, Datuk Seri Razali Ibrahim (BN-Umno), and PAS candidate Abdul Aziz Talib.

Asked on possible cooperation with Johor PH in the state polls, Mohd Azrol said the coalition had not held any serious discussions with Johor Muda on the matter.

He said Muda had been undertaking its activities on its own and would not have any problem to go it alone in the election.

In fact, the party had shortlisted its candidates for all the 56 seats in the State Legislative Assembly for the political bureau to decide, he added.

Johor will mark Muda’s debut in state elections after it decided to skip the Melaka state polls because PH nominated two former state assemblymen, Datuk Seri Idris Haron (BN-Sungai Udang) and Datuk Nor Azman Hassan (BN-Pantai Kundor), who were deemed to have triggered the election by resigning from the state government.

The Johor state assembly was dissolved on Saturday and the Election Commission is meeting on Feb 9 to set the dates for the snap polls.

Meanwhile, Umno secretary-general Datuk Seri Ahmad Maslan welcomed Muda’s intention to participate in the polls, describing it as a sign of dynamic politics.

“Go ahead, there is no obstacle. They have been registered and no one can stop them (from contesting),” he said.

After having gone through GE14, Umno was better prepared to face all sorts of political challenges, he told a press conference after chairing a meeting of Johor Umno secretaries here today. — Bernama