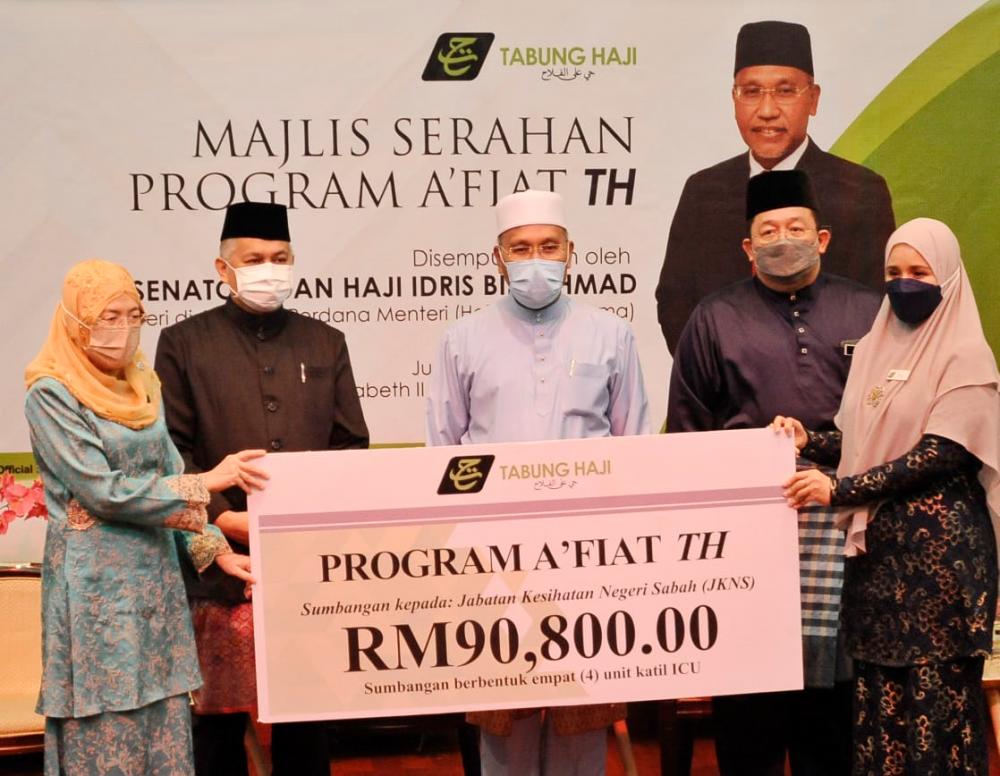 Minister in the Prime Minister’s Department (Religious Affairs) Senator Idris Ahmad said the ICU beds would be given to selected hospitals as determined by the MOH, with 15 in Selangor, Kelantan (14), Kuala Lumpur (10), Kedah (14), Perak (five), Sabah (four), Terengganu, Negeri Sembilan and Melaka (three each), Johor, Pahang, Penang, Sarawak and Perlis (two each).

“The TH donation is part of its zakat initiative through the A’fiat Programme to help ease the burden of hospitals nationwide in their efforts to treat patients, especially those in the lower-income and asnaf (those eligible for tithes) groups,“ he said told reporters after the TH A’fiat Programme contribution ceremony at the Queen Elizabeth II Hospital, here today.

Idris said TH, as an agency under the purview of the Prime Minister’s Department, had taken the initiative to help facilitate the treatment of patients in hospitals.

He said since the introduction of the A’fiat Programme in 2012, medical machines and equipment worth nearly RM6 million have been donated to MOH hospitals around the country.

He added that the contribution was the best platform for TH to indirectly reach out to the recipients, as well as to strengthen the bond between the agency and MOH. — Bernama