Tajuddin plays victim, says will still enter Dewan even if suspended for life 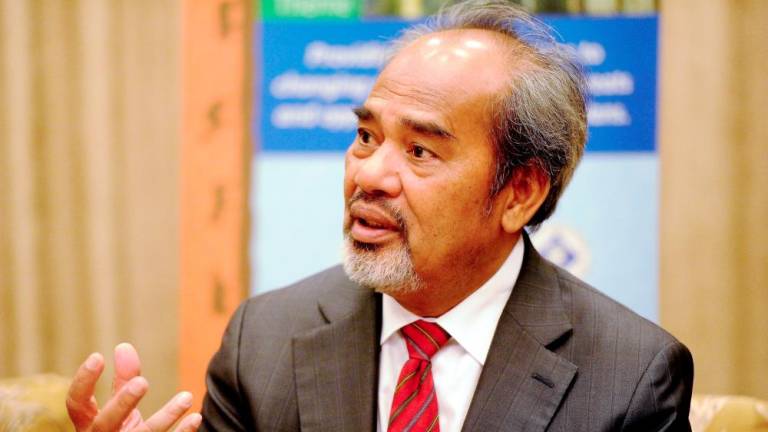 KUALA LUMPUR: Datuk Seri Tajuddin Abdul Rahman, (pix) who was booted out of the Dewan Rakyat today, said he will still attend parliamentary proceedings, even if he is suspended for life.

The Pasir Salak MP said he was the victim after Deputy Speaker Nga Kor Ming handed out a four-day suspension on him for repeatedly interrupting the Question Time.

“The Speaker didn’t allow me to ask my supplementary question. Of course, I was angry. You expect me to sit down and just smile?

“If he wants to suspend me, go ahead. He can suspend me, for me I will still remain in Parliament. I am free to go in anytime I want, I am free,” he told reporters here.

Tajuddin maintained that he did not misbehave in the Dewan Rakyat, and Nga had deprived him of his right to ask questions to the ministers on behalf of the rakyat.

Chaos first erupted in the house after the Umno man questioned why Agriculture and Agro-Based Minister Datuk Salahuddin Ayub left the Dewan just as he was about to ask his question, and was replaced by the deputy minister Sim Tze Tzin.

Tajuddin added that the decision to suspend him did not stand as it was not enforced, a claim that was immediately rebutted by Nga.

“Under the Standing Order 43 and 44, it is clear that the Speaker’s decision is final. And when the Speaker ejects a lawmaker, he shall leave the Dewan immediately,” Nga said.

Later when met by reporters, Salahuddin defended his decision to allow his deputy to answer the question on his behalf, saying it was common practice in the government.

“It’s a normal process. There’s no issue about me running away from the Dewan. In normal circumstances, the minister should allow the opportunity for his deputy to answer some questions.

“This is a consensus among the various ministries. And this does not just take place during this session,” he added.

4.Cóvid-19 vaccination for teens in Pahang to start on Monday