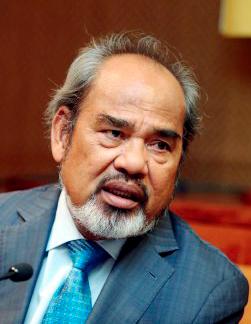 PETALING JAYA: The appointment of Pasir Salak MP Tajuddin Abdul Raman (pix) as ambassador to Indonesia continues to be criticised as a bad move with former Malaysian diplomat Dennis Ignatius calling the decision appalling, outrageous, and one that further diminishes the country’s international standing.

He said Tajuddin’s conduct in Parliament had shown him to be unacceptable and lacking in the kind of skills required of an ambassador.

Ignatius said Indonesia, which is our most important bilateral partner in Southeast Asia, deserves better.

“According to media reports, Indonesia may have accepted the appointment, but we have put that country in a difficult position. No country would want to have someone like that as an ambassador. However, given the close relationship between our two countries, it would be difficult for Indonesia to reject him.

“Whether the appointee is a politician or a career diplomat, he must be able to function well in the position and carry out his responsibilities with the highest degree of professionalism.

“It is far better to have a career diplomat to fill the post.”

Ignatius said unsuitable politicians, who are appointed ambassadors, do not usually perform or pull their weight, and it is the officers under them who end up doing all the work.

“In the end, they rarely commit to the job, to the protocols that come with it, the endless meetings, receptions and networking.

“They often believe that because they are appointed by the prime minister, they don’t have to follow instructions from the head office. For all these reasons, my preference would be for career foreign service officers to be appointed as ambassadors.

“As a former foreign service officer, I think this is a black day for Wisma Putra and a setback for our diplomacy,” he said.

Ex-diplomat Noor Farida Mohd Ariffin told theSun that members of Parliament cannot be ambassadors to foreign countries as they have a responsibility to the federal constitution.

“When I was ambassador to the Netherlands, I had seen Americans sending their billionaires and politicians or non-career diplomats to be their ambassadors, and not their congressional representatives or senators because they know their responsibilities.

“I am of the view that a senior career diplomat should have been appointed as our ambassador to Indonesia because career diplomats are specifically trained for the job, and they know what is expected of them.”

Farida said career diplomats are familiar with the provisions of the Vienna Convention on Diplomatic Relations, which governs the conduct of diplomatic relations between countries.

“Does Tajuddin have any knowledge of this convention? When a politician is appointed as an ambassador to a country, it means placing an additional burden on the diplomatic staff at the embassy as they have to do all the paperwork for the ambassador, like drafting reports that would be sent to Wisma Putra.

“Our embassies usually have a small staff of only three or four diplomatic officers, unlike US embassies throughout the world, which usually have a big number of diplomatic staff. Thus, they can cope if their ambassador is a political appointee,” she said.

Farida added Tajuddin’s description of the LRT collision last year, which left 47 passengers seriously injured, as “two trains kissing each other” was a reflection of the Pasir Salak MP’s capability.

She said his appointment is a disappointment to Malaysian career diplomatic officers, who have now been deprived of an opportunity to be promoted to an ambassadorship.