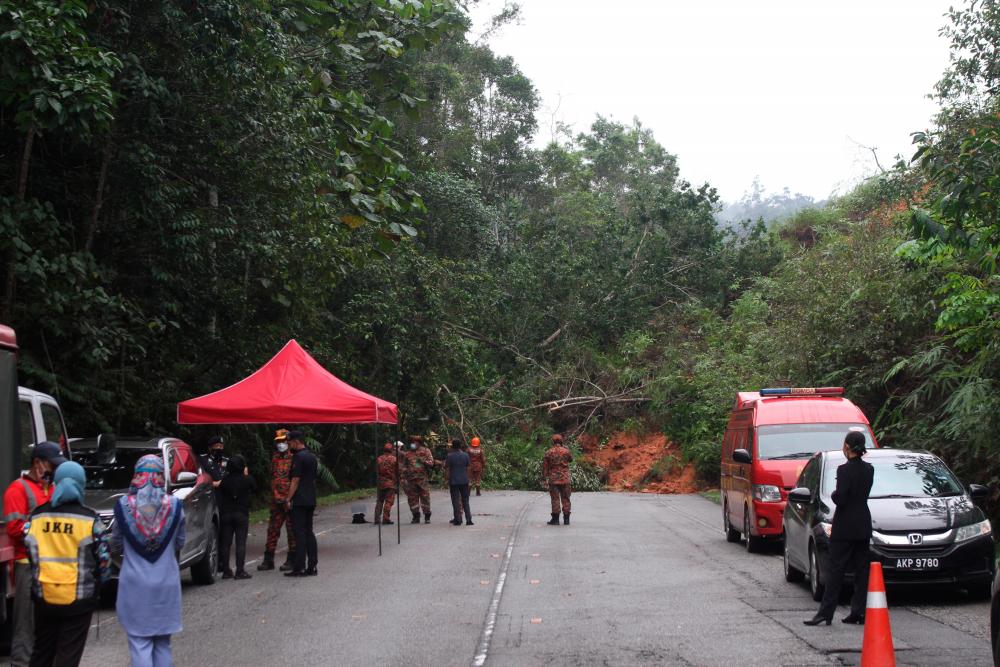 IPOH: The Federal Route FT059 (Tapah-Ringlet road) to the Cameron Highlands, which was closed due to landslides last month, reopened to all vehicles at 5pm today.

The Perak Public Works Department (JKR) announced the reopening of the route in a notice via its official Facebook.

However, motorists are advised to be careful when using the road, especially during the rainy season.

On Nov 22, landslides caused Mile 25 and Mile 26 along the route to be blocked, which led to closure of two-way traffic to all vehicles until today.-Bernama