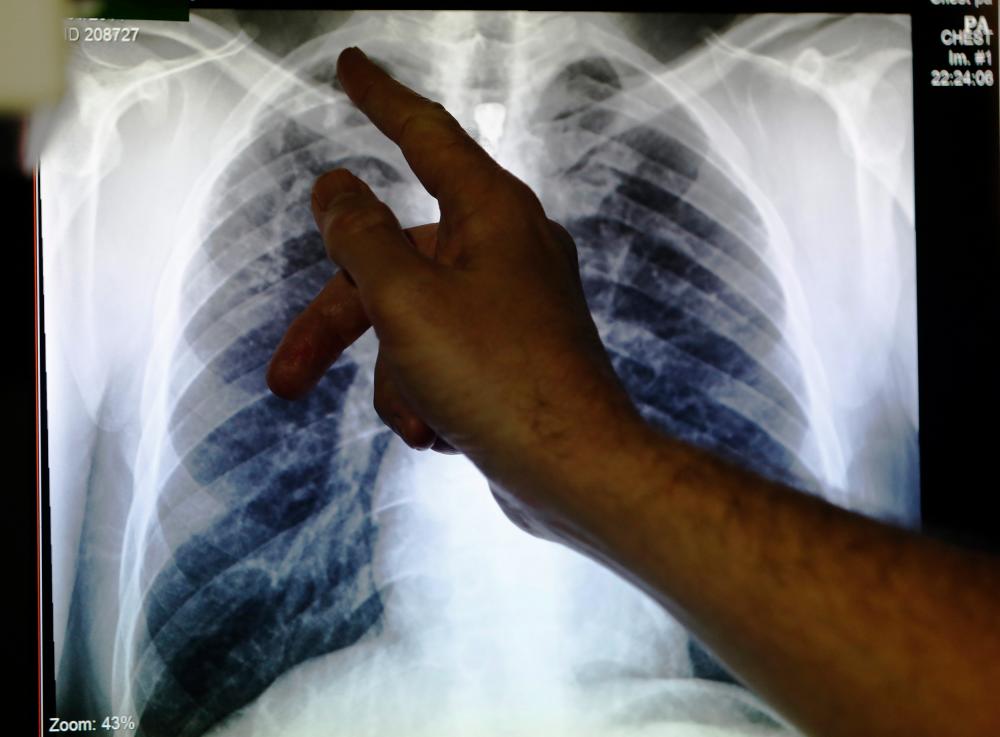 KUALA LUMPUR: Tuberculosis (TB) claims about 1,500 to 2,000 lives annually in Malaysia, with an average of six deaths occurring every day.

Head of TB/Leprosy Sector at the Health Ministry’s Disease Control Division Dr Mohamed Naim Abdul Kadir, who revealed these statistics, said about 20,000 to 25,000 new TB cases are recorded in Malaysia each year.

Describing the number of fatalities as high, he said the deaths were mainly due to the delay in seeking medical treatment.

He said the situation is worrying as public awareness of TB and Mycobacterium tuberculosis — the bacteria that causes the highly infectious disease — is still low.

Currently, the transmission of TB is still active in Malaysia although various treatment regimes have been introduced and case detection has improved.

Mohamed Naim said the high incidence of TB in Selangor was due to its high population density, especially in urban areas populated by people in the lower socioeconomic rungs.

The disease’s prevalence in Sabah was due to the presence of illegal immigrants who do not seek treatment for fear that they may be apprehended by the authorities.

“We noticed an upward trend this year (in the number of new TB cases),“ said Mohamed Naim, who expects a 5% rise in new cases in 2019. He also expects an increase in the death rate among TB patients this year.

Stressing that early detection is crucial in preventing death, he said TB patients can recover by adhering to the prescribed treatment schedule.

He said TB and dengue are the two most contagious diseases found in Malaysia but in the case of the latter, out of 50,000 to 100,000 cases a year only about 100 deaths are recorded.

Mohamed Naim also said that the detection of new TB cases in Malaysia fell short of the number estimated by the World Health Organisation (WHO).

“Currently, around 25,000 new cases are detected every year but according to WHO’s estimate, there should be about 33,000 new cases.

“Our focus now is to carry out health screening on high-risk groups to unravel undetected cases,“ he said.

People at highest risk for developing TB are those with a weak immune system, such as HIV patients, kidney patients, diabetics, senior citizens residing in institutions, smokers and health workers.

Although Malaysia is not in WHO’s list of 30 high TB burden countries, its migrant workforce include individuals who hail from some of the nations mentioned in the list.

According to WHO statistics, the TB prevalence rate in Malaysia now stood at 92 per 100,000 population.

However, as pointed out by Mohamed Naim, it is quite difficult to blame migrant workers for the rise in TB cases in Malaysia as they only comprise 13% of the cases reported to the authorities, with the remaining being Malaysians.

Nevertheless, he added, the influx of illegal immigrants who do not undergo TB health screening as required by the government is a cause for concern.

“We are not sure how many among them have TB,“ he said.

M tuberculosis is spread via airborne particles when a person with TB coughs, sneezes, talks or sings.

When a person breathes in the bacteria, it can settle in the lungs and move in the bloodstream to other parts of the body, such as the glands, intestines and bones.

The incubation period for TB, that is the period between exposure to an infection and the appearance of the first few symptoms, is between six and eight weeks.

Mohamed Naim advised patients to seek medical treatment immediately if they have fever and sweat at night, and cough up phlegm or blood and have no appetite.

He said there are also cases of individuals who are exposed to TB bacteria but do not develop the disease as they have, what is termed as, latent TB infection.

“Latent TB is not dangerous and the individuals concerned cannot infect others,“ he said, adding that the bacteria can remain inactive for a lifetime.

However, 10 to 15% of individuals with latent TB, particularly those with a weak immune system, may be at risk of developing the disease.

Muhamed Naim said TB patients have to undergo a six- to 12-month treatment regime, depending on the type of infection and severity of the disease.

As for drug-resistant TB (caused by bacteria that is resistant to conventional TB drugs), the quality of treatment has improved over the years with the introduction of a shorter treatment regime lasting nine months, instead of 18 months previously.

Individuals diagnosed with latent TB are also given drugs to prevent the bacteria from becoming active.

Government hospitals in Malaysia are also being provided with more diagnostic tools, such as Gene Xpert, for faster detection of drug-resistant TB.

Muhamed Naim also reiterated the government’s National Strategic Plan for TB Control’s goal of making Malaysia TB-free by 2035, saying that the Health Ministry would continue to step up efforts to improve the surveillance, screening, diagnosis and treatment aspects of the contagious disease.

“We expect new (diagnostic) tests and TB vaccine for adults to emerge in five years time,“ he added. — Bernama