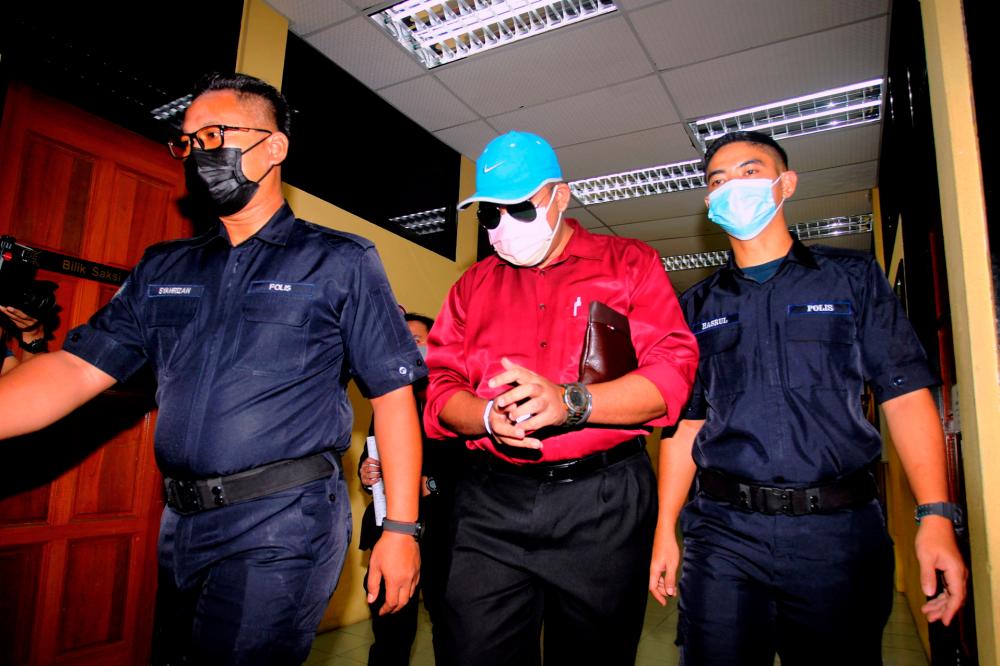 TELUK INTAN: A secondary school teacher was charged in the Sessions Court here today with 32 counts of committing unnatural sex and sexual grooming of seven male students from July to September last year.

Mohd Faizal Amir, 32, pleaded not guilty after all the charges were read out to him before Judge Intan Nurul Farena Zainal Abidin.

The man was charged with 10 counts of performing unnatural sex and 22 counts of committing physical sexual assault on the students aged 14 to 16 at a secondary school warden’s house in Tapah between July 28 and Sept 28, 2020.

Judge Intan Nurul Farena allowed the accused bail of RM55,000 with one surety on all the charges, with the additional condition that the accused refrain from harassing the victims and to report to the nearest police station once a month.

The court fixed Nov 15 for mention.

The prosecution was conducted by deputy public prosecutor Cheah Shuh Yuan while the accused was represented by counsel Muhammad Farid Wajdi Hanif.- Bernama