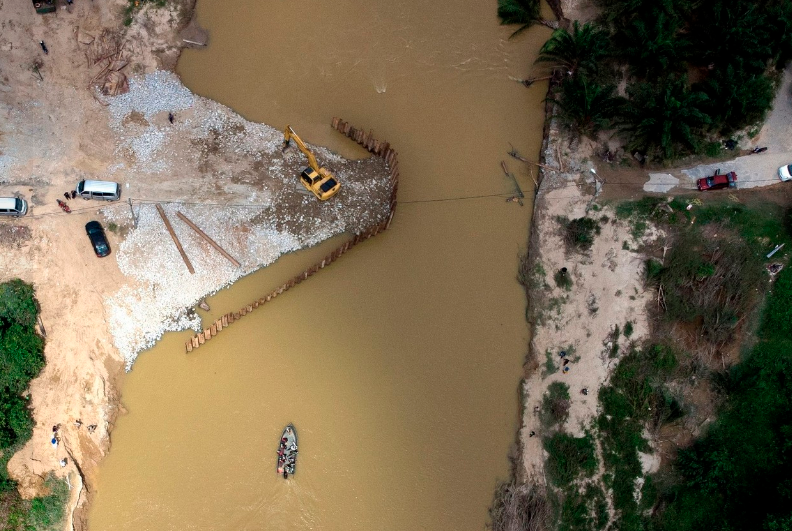 JOHOR BAHRU: A teenager is feared drowned after diving off a bridge with two other friends into Sungai Parit Haji Anuar at Batu 18 Ayer Hitam in Bakri near Muar yesterday.

He said officers from Bakri and Parit Java police stations rushed there, along with officers from the Muar Fire and Rescue Station (JBPM) and the Malaysian Civil Defence Force (APM).

“In what was an outing, the victim and two male friends aged 20 and 21 jumped off the bridge for a swim. Immediately on appearing from the depths, the victim was struggling and his friends tried to save him but in vain because the current was too strong,” he said.

He said a Crime Scene Control Post (PKTK) was opened at the location while Muar JBPM operations commander Senior Fire Officer I KUP Mohd Johar Tumin added that his team of 12 officers, including six from the Water Rescue Team (PPDA), were sent to the location for the search and rescue operation. - Bernama