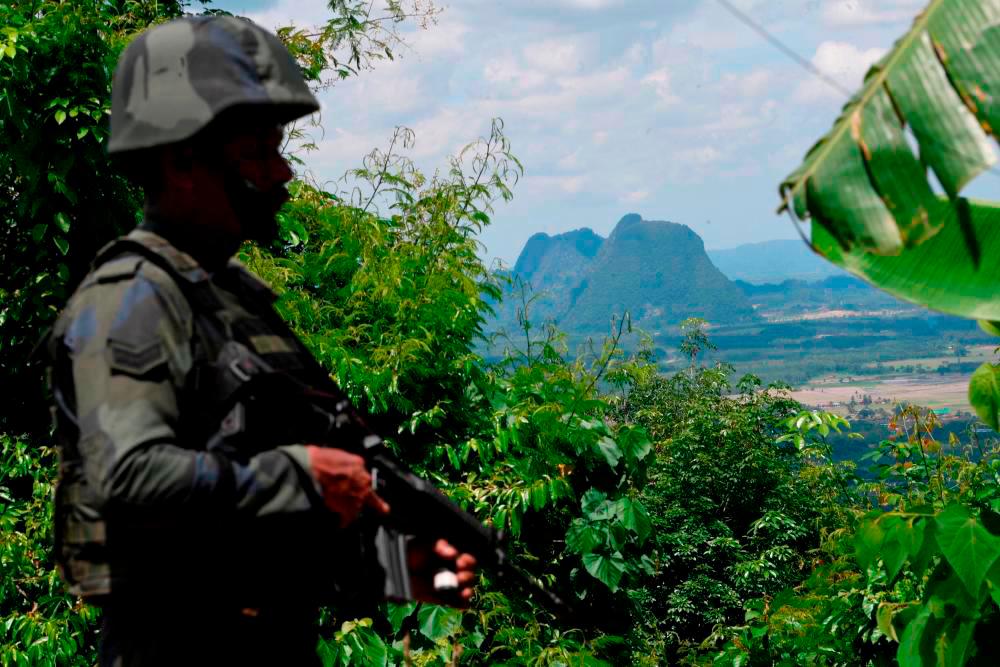 KOTA BHARU: A man believed to be a ‘tekong’ (skipper) was shot dead when he tried to attack a General Operations Force (GOF) member conducting an operation in Jeram Perdah, Pasir Mas, near the Malaysia-Thailand border, early today.

Acting Kelantan police chief Datuk Muhamad Zaki Harun said the incident happened at 1.40 am when a GOF Battalion 9 team on Ops Wawasan patrol came upon a group of illegal immigrants who had crossed over from the neighbouring country via an ungazetted route.

“The GOF personnel attempted to arrest the suspects but suddenly one of them charged at the complainant (policeman) and tried to attack him with a parang.

“The GOF personnel fired a shot in self-defence,“ he said in a statement, adding that the dead suspect, in his early 30s, is believed to be a foreigner without any identification documents.

He said the man was still alive after being shot on the left shoulder.

He was taken to Hospital Pasir Mas for treatment but was pronounced dead by a medical officer at 2.12 am.

“Further examinations showed that the suspect had a gunshot wound on the left shoulder but no Bacille Calmette-Guerin (BCG) mark. He is believed to be a tekong who brought in illegal immigrants via the illegal route to a hiding location to wait for a ‘transporter’,” he said.