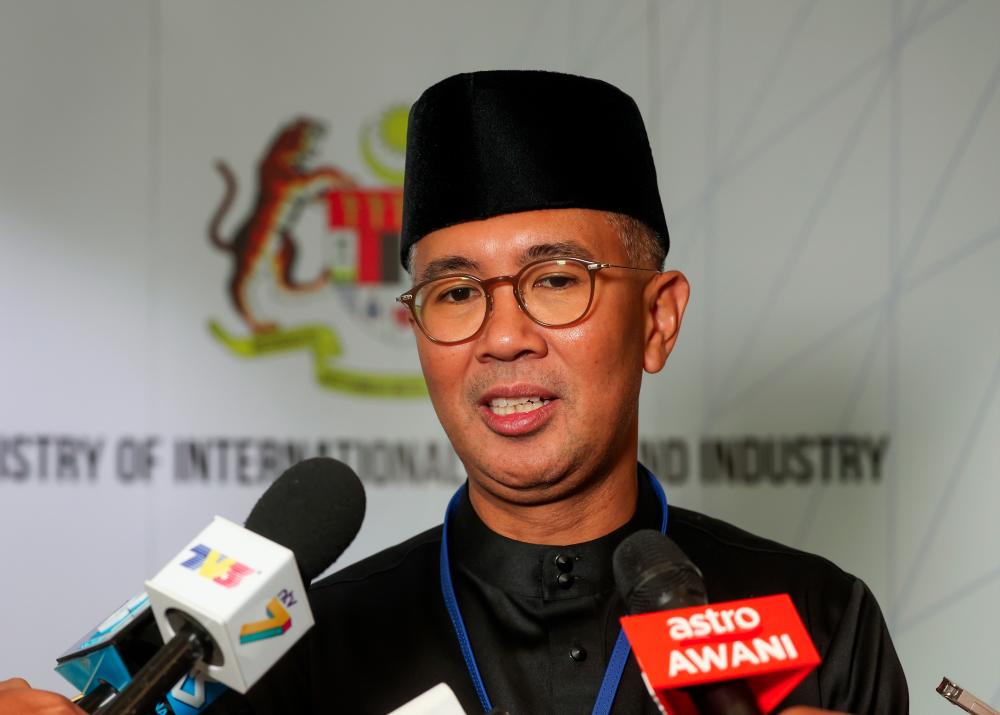 KUALA LUMPUR: Minister of International Trade and Industry Tengku Datuk Seri Zafrul Abdul Aziz (pix) has pledged to ensure Malaysia to continue to be an important destination for investment while making the country competitive in the eyes of investors.

“I believe the task is already big task but going forward, we need to ensure that Malaysia continues to achieve the momentum to ensure we attract key investment, especially in the area that brings value to the country,” he told reporters after clocking in for the first time as minister at Menara MITI at 6.07 pm here today.

Earlier today, he was sworn in before the Yang di-Pertuan Agong Al-Sultan Abdullah Ri’ayatuddin Al-Mustafa Billah Shah along with the two deputy prime ministers and 24 members of Cabinet at Istana Negara here.

“By growing forward, we have to ensure that this momentum continues and I hope my role in MITI (Ministry of International Trade and Industry) with the support of the prime minister, cabinet members and colleagues, we can ensure that Malaysia navigates well for the year 2023,” he said.

On the urge to review the Comprehensive and Progressive Agreement for Trans-Pacific Partnership (CPTPP) by certain parties, Tengku Zafrul said he would have a discussion at the cabinet level once he received the briefing from ministry officials.

“I still haven’t been fully briefed...it’s too early for me to comment,” he said.

Commenting on former Minister of International Trade and Industry Tan Sri Rafidah Aziz’s statement on his appointment, Tengku Zafrul said the appointment was the prerogative of the prime minister and thus, the focus would be on ensuring his role as the minister of MITI to assist the country.

According to a report by a local news portal, Rafidah questioned the appointment of Datuk Seri Dr Ahmad Zahid Hamidi and Tengku Zafrul to the cabinet as “scraping the bottom of the barrel”.

The former Finance Minister was appointed as the Minister of International Trade and Industry under the administration of Datuk Seri Anwar Ibrahim, the third Prime Minister to name him into the cabinet after Datuk Seri Ismail Sabri Yaakob and Tan Sri Muhyiddin Yassin. - Bernama