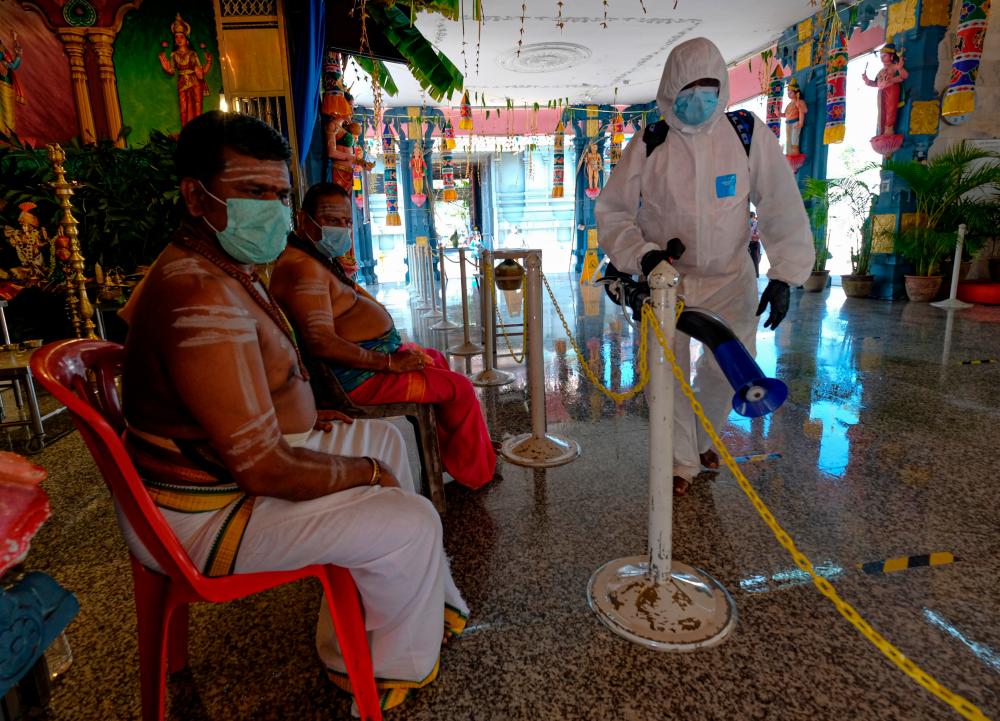 IPOH, Jan 17-Cleaning officer, S. Rajalingam 58, (right) conducts sanitation work around the temple area to comply with standard operating procedures (SOP) set by the government to curb the spread of COVID-19 ahead of the Thaipusam festival tomorrow during a survey. BERNAMApix

He said the SOP violations were committed at the Sri Subramaniar Temple at Gunung Cheroh near here, yesterday, when the individuals concerned did not wear a face mask and had brought children aged 18 and below during the chariot procession.

“Though all went well during the procession yesterday, there were still some who remained defiant and do not adhere to the SOPs set and those who were compounded were not even participating in the prayer activities or the chariot procession.

“We also received information yesterday that certain parties had tried to perform the ‘kavadi’ ceremony which has been banned during the celebration. I have instructed the Ipoh district police chief (ACP Yahaya Hassan) to take stern action on those still defying this rule,“ he told a press conference at the Perak contingent police headquarters (IPD) here today.

Mior Faridalathrash said 250 officers and members from the Ipoh IPD have been deployed to monitor the Thaipusam celebration from yesterday and the number would be increased as the festival culminates tomorrow. - Bernama