Three arrested for CBT in buying, selling of gold 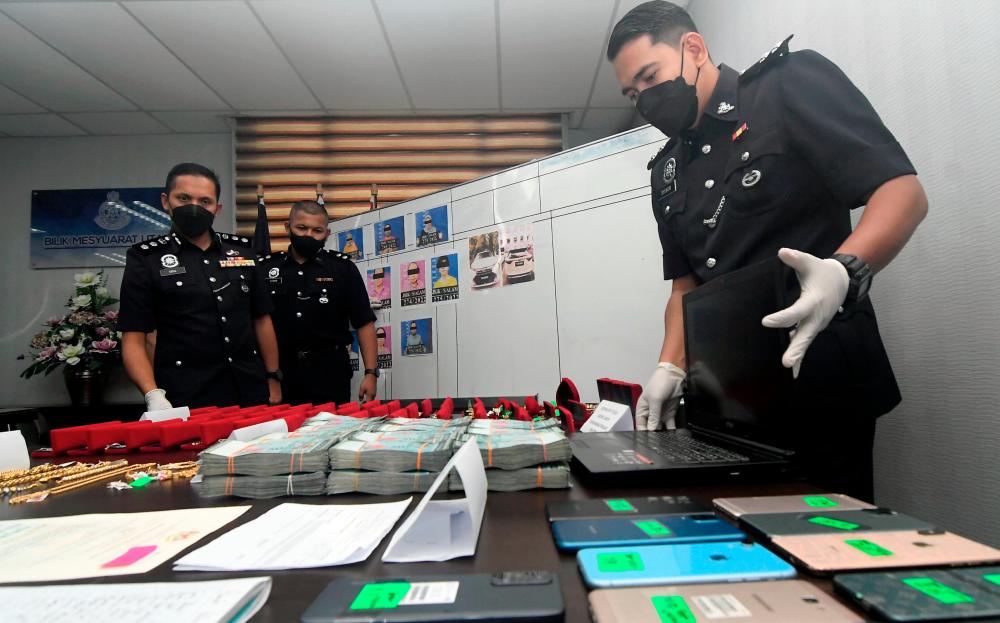 SHAH ALAM: Police arrested two women and a man in Selangor yesterday for committing criminal breach of trust in buying and selling gold in several shops in Shah Alam.

District police chief ACP Mohd Iqbal Ibrahim said the main suspect known as ‘Sally’, a 42-year-old wholesaler, was arrested at an apartment in Bandar Puteri Puchong, Petaling along with her 37-year-old brother.

Also detained in a separate arrest made here was a 25-year-old woman who works in a gold shop and suspected of conspiring with Sally to carry out the criminal activity for the past seven months.

Mohd Iqbal said the arrests were made following a police report on July 31 from a gold shop owner in Section 7 who audited his gold stock and found it short of 1.5 kg worth over RM1 million.

“Based on the CCTV footage, the female employee was always dealing with a woman named Sally. This employee gave weight in excess of 300 to 500 gm to Sally in each transaction. The total transaction was more than 150,“ he told a press conference yesterday. 1.Memorandum on Political Funding Bill to be presented to cabinet next month