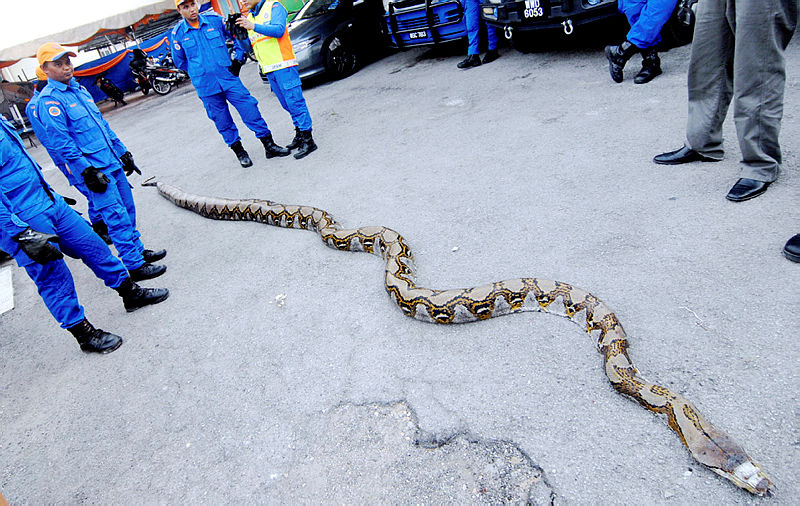 ALOR STAR: It was a feat indeed for it took the might of three women to wrestle a 10m python which they finally captured at a chicken coop in Kampung Jelutong, near Padang Terap in the wee hours of the morning.

It all started with a rooster crowing at 2am which awoke its owner, said Padang Terap District Civil Defence Force (APM) Officer Lt Mohd Shukri Shuib.

The owner upon hearing the unusual shrill in the rooster’s crow realised something was amiss and after inspecting his chicken coop, found a very full and “swollen” python which had devoured 10 of his chickens.

The three female APM members arrived at the site at 3am and managed to capture the 90kg snake with special equipment.

It was no easy feat as the exercise to capture the aggressive reptile took over 40 minutes.

It was the largest snake that had been captured by the APM, said Mohd Shukri in a statement adding that none of the male APM members were present at the time as they had rushed to the site of a road accident at another location.

“The snake was then brought back to the district APM office and was handed over to the Department of Wildlife and National Parks (Perhilitan),“ he added. — Bernama 2.US says it is ending Russia debt payment exemption