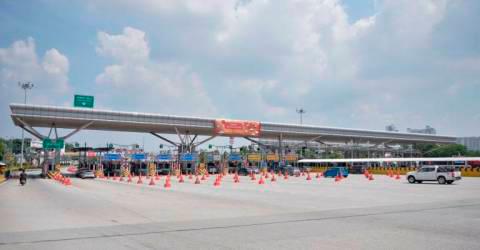 KUALA LUMPUR: The Malaysian Highway Authority (LLM) will ensure that all highway concessionaires will carry out their obligations to provide the best quality of service in the interest of road users.

“In line with the government’s policy and decision, motorists will continue to enjoy lower toll rates compared to the rates stated in the Concessions’ Agreement.

“Besides, motorists will also enjoy quality facilities and services provided throughout the highways,” he said in a statement today.

Besides that, another 21 highways for all vehicle classes and one toll plaza would also see a freeze in toll rates.

As for the Penang Bridge, the postponement in toll hike will cover class 2,3, 4, and 5 vehicles comprising private vehicles and buses. — Bernama