Top three posts in Bersatu expected to be won uncontested 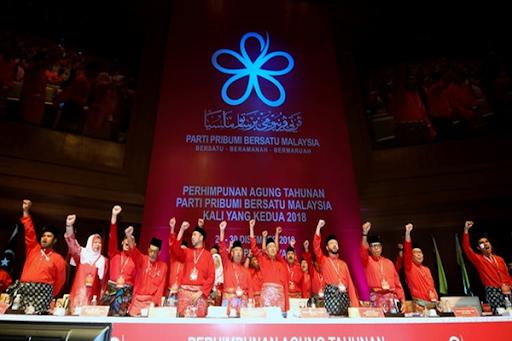 PETALING JAYA: The top three posts in Parti Pribumi Bersatu Malaysia’s (PPBM) Supreme Leadership Council are not expected to be contested in the party elections this June.

Bersatu secretary-general Datuk Marzuki Yahya said party leaders in all states have expressed their support to ensure that the positions of the chairman, president and deputy president are not contested or challenged.

“As a new party, we urge all division and state leaders to give full support to our leaders,“ he said.

He said this after a meeting with the party’s state-level leaders at its headquarters at the Selangor Foundation yesterday.

Marzuki said the party had also finalised the list of members eligible to attend the party conference from Feb 15 to March 29, namely 381,811 people who had registered themselves as members by Dec 31, 2019.

He said the list of members eligible to contest in the election had been handed over to the party’s state secretaries, for reference by members at all 2,590 branches.

“Only the list of members certified by the headquarters are eligible to attend the conference ... the branch list is enclosed in yellow paper, Armada (Youth wing) in blue and Srikandi (Women’s wing) in pink,“ he said.

Marzuki also disclosed that 50 individuals had been stripped of their membership for having affiliation with two political parties and for sabotaging the party during the 14th General Election. — Bernama