Total ban on paraquat from 2020: Salahuddin 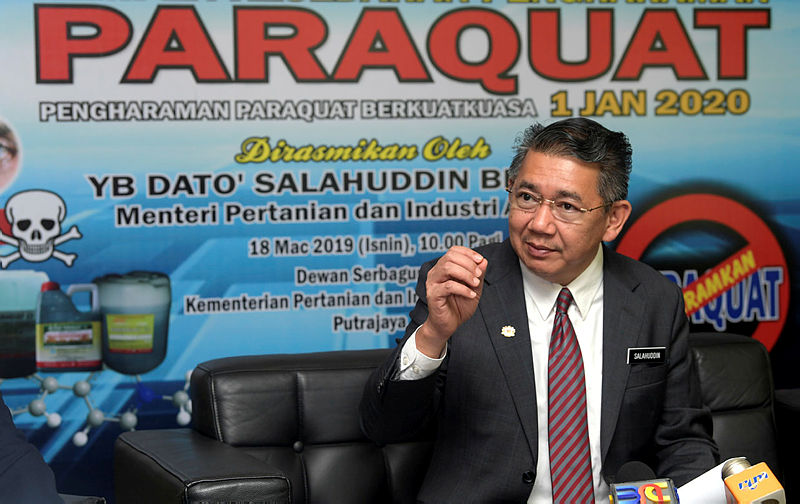 PUTRAJAYA: A total ban on paraquat will be enforced in the country from Jan 1, 2020. Its use is limited to four types of plantations until then.

“We will only allow paraquat as weed-control poison to be used on palm trees below two years old, rubber trees, hill paddy fields and ono stalks of pineapple plants,“ he said at pesticide and fertiliser control campaign here.

“All parties must be prepared for the ban on usage, manufacturing and distribution of paraquat-based chemicals.”

He urged consumers to ensure that all pesticides purchased are registered by the Pesticides Board.

Salahuddin said that there are two alternatives to paraquat which are glyphostate and glufosinate ammonium-based weed control chemicals.

“They have been widely enrolled for use in vegetable and fruit crop areas. Glyphosate mixed with some other compounds such as dicamba, fluroxypyr, imazpyr, diuron and methylphuron-methyl have an equivalent effect with paraquat,“ he said.

The quick-acting paraquat is one of the most widely used herbicides. It has been linked to the development of Parkinson’s disease and is banned in several countries for its negative effects on health.

The proposal to ban paraquat was raised by the Health Ministry since 1985. All for clean food premises All for clean food premises

1.All for clean food premises