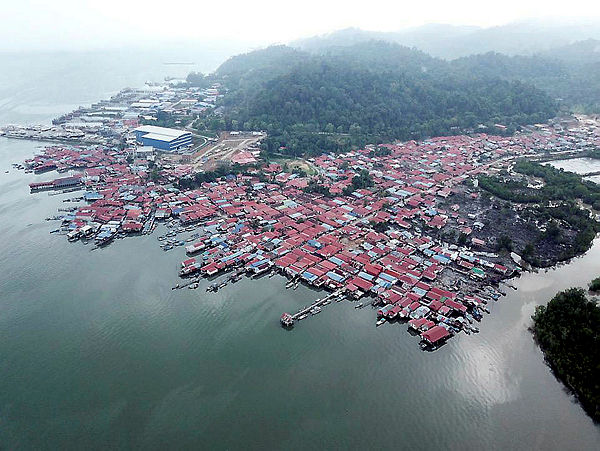 A view over the Bukit Malut settlement, Langkawi. — Bernama

GEORGE TOWN: Langkawi, Malaysia’s premier island resort, may have fallen victim to a cutback in spending on efforts to woo tourists.

While the country recorded an increase in arrivals and spending in the first quarter of this year compared with the corresponding period last year, the island seems to have fallen off the radar, according to the Langkawi Business Association.

It deputy president, Datuk Issac Alexander, said Langkawi had instead, seen a drop in both arrivals and spending.

The latest data on tourism shows that 6.7 million visitors arrived in Malaysia from Jan 1 to March 31, up 2.7% from 6.52 million in the same period last year. These visitors spent RM21.4 billion when they were in the country, up from RM18.3 billion — an increase of 16.9%.

Alexander attributed the setback in Langkawi to a decision by the Tourism, Arts and Culture Ministry to scale down on overseas promotions in the past five years.

“Tourism is a competitive business with many countries clamouring for the same tourist dollar,” he said.

“If we falter, others can easily fill the vacuum. Almost all countries brag about their beaches,” he added.

He said there was no choice but for the government to raise the spending on marketing, advertising and promotional efforts, especially when ‘Visit Malaysia Year 2020’ is on the horizon.

Alexander also wants the government to start regulating “disruptive online travel applications” that, he said, had distorted the market.

“While Airbnb and Grab may have created jobs and extra income for property owners, it has also undermined legitimate operators of hotels and transport companies.

“Legitimate operators have to meet a host of licensing, security and safety requirements but not Airbnb,” he pointed out.

Alexander also called for a proper inventory of legitimate hotels to address the glut in hotel rooms thanks to the advent of Airbnb.