Trade war, a case of mixed fortunes for Malaysia 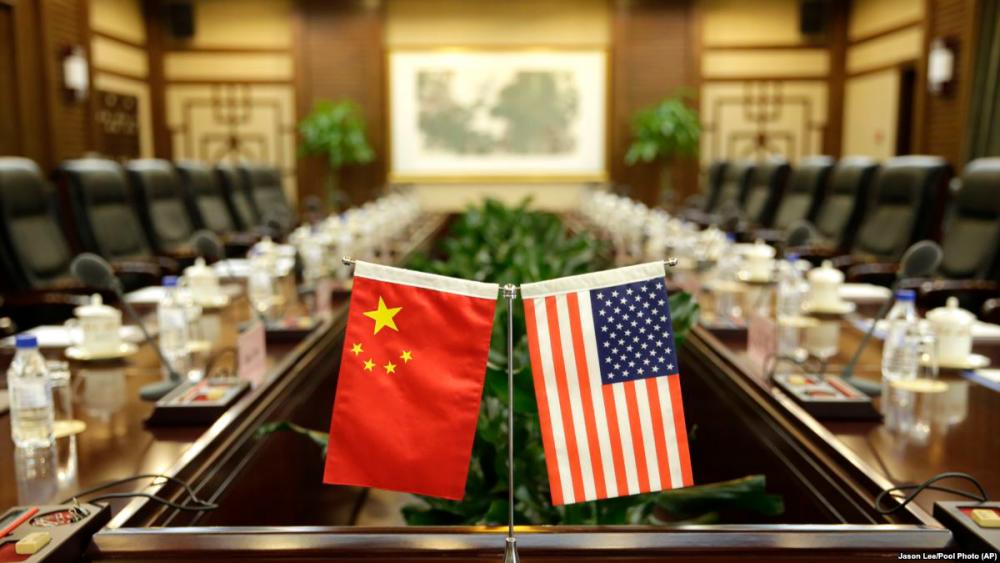 KUALA LUMPUR: Just when you thought the move by the US to delay imposing tariffs will provide some breathing space to the global economy, China’s move to impose new retaliatory tariffs on US$75 billion (RM314 billion) worth of US goods and resume duties on American automobiles startled investors and spooked markets worldwide.

Again, it forced governments to rethink and redraw their trade and investment strategies over what seems to be a protracted trade war, with long-term negative implications.

While many countries mull the adverse impact on their economies, for Malaysia – it is a case of mixed fortunes with positives at least in the short term.

Economists say the obvious strategy is for Malaysia to position itself well to be an alternative to lure American and Chinese multinational companies wanting to relocate to avoid escalating costs from the imposition of tariffs.

This is in view that American and Chinese investors could seriously be considering moving their operations to third countries, targeting Malaysia in the process in what appears to be an obvious relocation destination due to its low costs.

Calls are also going out for Malaysia to pursue other markets and diversify its supply chain to include other markets besides America and China and also not solely depend on manufacturing but diversify further and deeper into other sectors, especially services which include tourism and education to generate greater revenue for the economy.

With China still being Malaysia’s trading partner, policymakers should endeavour to step up trade especially increase exports into China, they said.

They also feel strongly that measures too should be taken to innovate and embrace technological advancements by accelerating Malaysia’s digital economy agenda, big data analytics, artificial intelligence and the Internet of Things.

“The trade war between the two giants could be both good and bad (news). The good news is Malaysia is now becoming an alternative for the US and Chinese investors to relocate their businesses here, thanks to our lower cost of doing business,” Bank Islam Malaysia Bhd chief economist Dr Mohd Afzanizam Abdul Rashid told Bernama.

He said Selangor, for example, is among the beneficiaries of the trade war with a large number of companies from the US and China relocating or expanding their businesses in the state.

Mohd Afzanizam’s positive viewpoint has been reinforced by the Ministry of International Trade and Industry (Miti) which said that a couple of large-scale manufacturing companies have come and applied for certain incentives and (plan) to set up their operations in Selangor.

For the first six months of 2019, the state recorded RM5.9 billion in total approved investments in the manufacturing sector, 90.3% higher than the RM3.1 billion recorded in the same period last year.

However, Mohd Afzanizam said despite the business relocation, the situation is still fluid and it seems that the trade war resolution would take a while.

“The recent US announcement on tariffs for existing products against China suggests the trade conflict would definitely be protracted. Business operational costs would go up alongside the weakening of the yuan, which suggests other emerging countries’ currencies would almost also move in the same direction.

“So, imported raw material costs would also increase. In a nutshell, the trade war is bad for the global economy as businesses are very integrated via the global value chain and the disruption in international trade would have a cascading effect across the industries,” he said.

As evidence, the Statistics Department reported a decline in exports of 3.1% to RM76.2 billion in June 2019 from a year ago due to the decline in sales of electrical and electronics items, besides timber products.

Echoing a similar sentiment, Singular Asset Management Sdn Bhd founder and chief investment officer Teoh Kok Lin said Malaysia, being a major trading nation, would no doubt be affected by the escalating trade dispute between the two economic giants as it depends on global factors.

“But if the trade tension gets too intense and further dampens the global economy, we need to start thinking of other supply chains and not solely depend on the US and China as our supply base,” he said.

To this end, Teoh urged the business community to not only look at the manufacturing sector but also focus on other sectors, namely tourism and education as major revenue generators for the economy.

“Malaysian tourism is one of the big sectors whereby everyone who visits here often repeat their stays with family and friends and they love our local food and our multicultural society. I think we can and should attract more tourists to come to Malaysia and I think we can do that next year with our Visit Malaysia Year.

“As for the education sector, Malaysia has got a lot of good private universities and schools and we can attract foreigners to come and study here. When they study here they will bring their families along that could boost more spending locally.”

He added that Malaysia has a wonderful relationship with China for the past 45 years and it needs to engage more with the country to bring in more foreign direct investment, more Chinese visitors as well as students.

Our long-standing relationship also witnessed both countries resuming the East Coast Rail Link project works, after some hiccups, he explained.

“Overall, I think Malaysia will be able to entice more investors to make the country as their business destination. A lot of manufacturing businesses still feel Malaysia as their home and love the environment,” he said.

Asked on the 2020 Budget which will be tabled on Oct 11, Teoh said with the lower crude oil price which is trading below US$60 (RM251) per barrel, coupled with the slower growth in the global economy, the government would likely cut its spending next year.

“The key thing is how you focus spending on areas that have high multiplier effects, which can generate a lot more immediately because you need to address sustaining the economic pie.

Another area that is crucial for the government to focus on is enhancing its digital economy agenda, and this could be through big data analytics, artificial intelligence and the Internet of Things, he added. — Bernama

3.Malaysia to work with Indonesia on mutual recognition of vaccination certificates