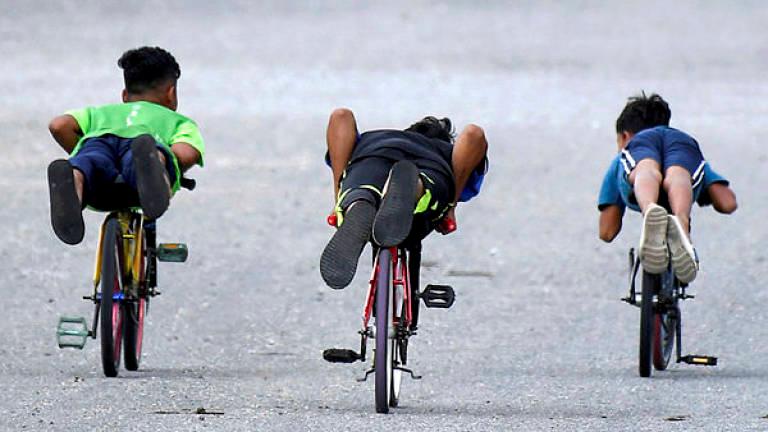 KUANTAN: The Pahang police have advised parents to always monitor their teenage children’s activities to prevent them from getting involved in traffic violations.

Pahang police chief Datuk Ramli Mohamed Yoosuf said this was because most of the traffic offences, which included riding a motorcycle without a licence, performing dangerous ‘wheelie’ stunts and riding modified bicycles, known as ‘basikal lajak’, recorded here, involved teenagers.

“Parents need to give more attention to their teenage children and always know their whereabouts. There may be a lack of awareness of road safety rules and regulations among teenagers.

“They (teenagers) may find performing dangerous stunts on motorcycles or bicycles challenging and interesting to try. Therefore parents must ensure that their teenage children are not involved in such activities,” he said.

He said this at a press conference after observing a roadblock at mounted during an integrated operation at Batu 3 Jalan Kuantan-Gambang, here, last night.

Ramli said in the operation, a total of 155 summonses were issued for various traffic offences, including riding or driving without a valid licence, modifying vehicle without permission and riding motorcycles in a dangerous manner.

“Five motorcyles were also impounded and moost of the traffic offenders are teenagers,” he said adding that a man was also arrested for doing for doing ‘wheelies’, while two others were detained for drug-related offences.