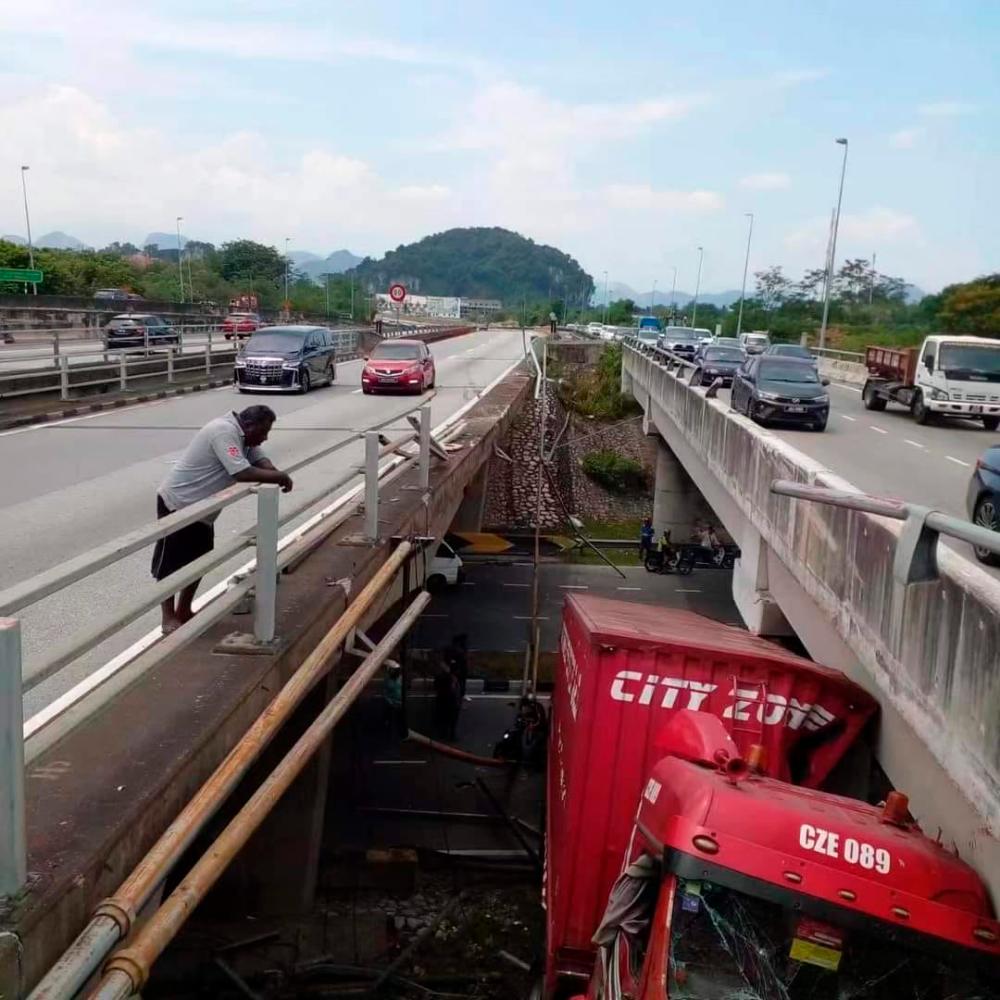 IPOH: Road users panicked when a trailer suddenly crashed through the guard rail and plunged off a flyover, causing traffic congestion from Ipoh town to Tasek this afternoon.

Perak Fire and Rescue Department spokesman said a team rushed to the scene after receiving an emergency call at 12.27 pm. “Upon arrival, we were informed the driver of the trailer had escaped unhurt and managed to come out of the vehicle by himself. Efforts to move the lorry was handed over to the relevant parties. No casualties or damages to property was reported,” he said when contacted by Bernama today.

Earlier, several pictures and videos went viral showing a trailer falling off a flyover, and road users passing by the road managed to stop their respective vehicles before they were crashed by the falling trailer.

The public shared their anxious moments on social media and road users are advised to use alternative roads to reach their destination.-Bernama