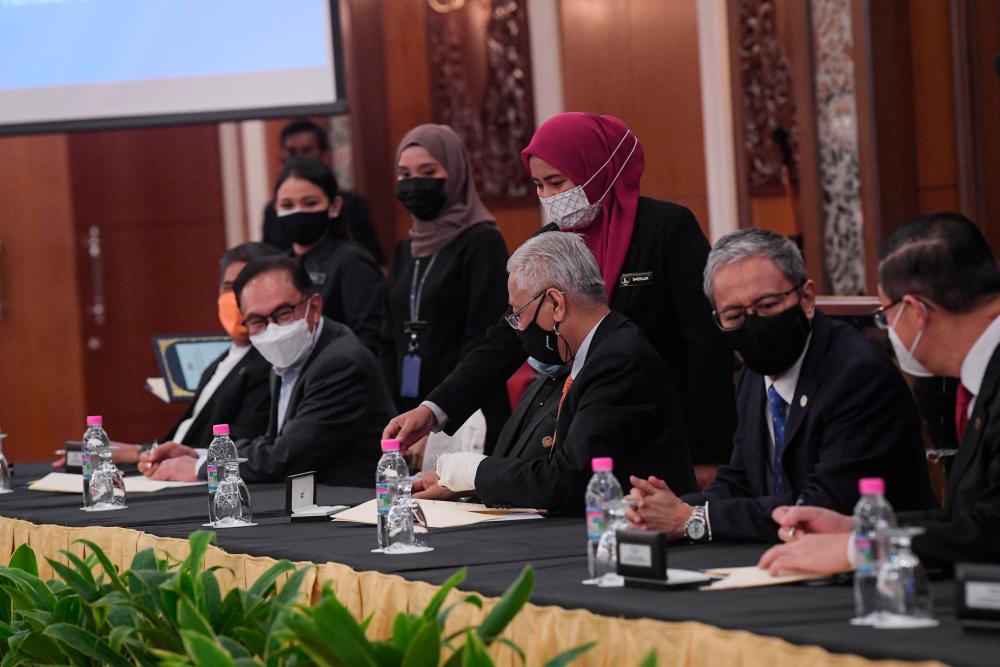 KUALA LUMPUR: The government’s move to sign a Memorandum of Understanding (MoU) on Political Stability and Transformation is capable of enhancing foreign investors’ confidence and interest to seek investment opportunities in Malaysia, according to an economist.

University Malaya senior lecturer Dr Mohammad Tawfik Yaakub said at this moment of time, the nation needs more foreign investments as well as an expansion of existing investments to revitalise the economic sector.

“This is an extraordinary move by the government led by Prime Minister Datuk Seri Ismail Sabri Yaakob.

“It is difficult for any government to open the space and extend political peace greetings. This shows that the government is very open, committed and prioritises the voice of the people,” he told Bernama.

He added that the move has also helped to soothe the stock market’s sentiments which were rather volatile previously due to the country’s political instability.

“This offer will restore economic stability that was severely affected by the COVID-19 pandemic.

“In fact, it creates confidence -- not only among investors but also the people -- for the Ismail Sabri-led government,“ he said.

Mohammad Tawfik said notwithstanding the short period of the government’s remaining term of one year and six months, the opposition has also shown a high commitment in helping the government undertake various efforts to fight the pandemic and revive the country’s economy.

“For me, what is important is that there is a clear plan to give a long-term and short-term impact to the country’s economic recovery.

“The most important thing is to ensure economic recovery, regardless of the government composition; and the recovery policies, especially the economic ones, must change the people’s lives for the better,“ he said.

This can be done by creating more entrepreneurial opportunities, providing tax exemptions and business equipment, as well as facilitating modern farming, especially in the city area, said Mohammad Tawfik.

“At least this can help to lower grocery expenditures,” he said.

He is confident that small and medium-sized businesses and small traders, both existing and future ones, will benefit greatly from the transformation.

“They comprise of the B40 group which is the foundation of the economic supply chain at the higher level.

“If the foundation can be strengthened, we will be able to restabilise and revitalise the economic sectors in Malaysia,” he said.

The federal government and Pakatan Harapan (PH) today created history by signing the MoU on Political Stability and Transformation, paving the way for a new political landscape based on bipartisan cooperation.

He said the MoU covered the areas of strengthening the plan to fight Covid-19, the transformation of the administration, Parliamentary reforms, ensuring judicial independence, the Malaysia Agreement 1963 (MA63) and formation of a steering committee.

The prime minister said this is in line with the commands issued by Yang di-Pertuan Agong Al-Sultan Abdullah Ri’ayatuddin Al-Mustafa Billah Shah when opening the fourth session of the 14th Parliament today.

“His Majesty has decreed that all quarters should practise deliberative democracy in seeking solutions to whatever problems for the sake of achieving the objectives of a prosperous Malaysia that is inclusive and sustainable,” he said in a statement.- Bernama

1.Koeman not worried about Barcelona future