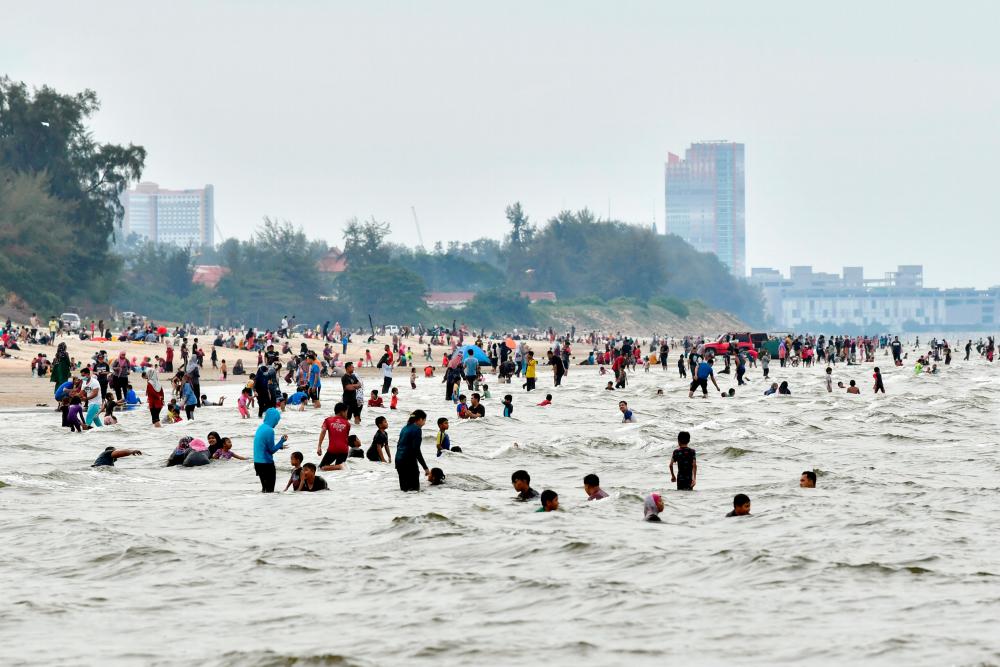 KUALA LUMPUR: The resumption of many social and economic sectors in stages and allowing interstate travel when the vaccination rate among the adult population is projected to reach 90 per cent in the middle of next month can lift Malaysia out of the doldrums that set in following the implementation of the movement control order last year.

The transition of the Covid-19 pandemic to an endemic phase speaks volumes about the success of the National Recovery Plan (PPN) that focuses on returning the country’s social and economic environment to what they were before Covid-19 swept across the world.

The endemic phase, no matter how close it may seem to becoming a reality, rests largely on how far Malaysians have adapted to new norms and their continued compliance to the standard operating procedure (SOP) that will remain in place till a time when the situation is deemed safe.

The current scenario where restrictions are being lifted in stages, including the resumption of various sectors, such as tourism, economic and social activities as well as sports proves that the government is ready to lead Malaysians into the endemic phase as planned.

The reopening of Langkawi as the pioneer tourism project will be followed by other tourist destinations in the country, which will stimulate the sector through the availability of jobs and a rise in the country’s revenue.

Since the project began, the number of visitors to the resort island continues to climb, with almost 10,000 people coming in through the airport and the Kuala Perlis jetty.

Allowing businesses such as grocery stores, mini-marts, restaurants, petrol stations and convenience shops to extend their operating hours to midnight bodes well for the recovery of the country, as do the number of states transitioning to various phases under the PPN.

Negeri Sembilan, for instance, is the second state after the Federal Territory of Labuan to transition to Phase Four, while four other states are currently in Phase Three. Seven states, including the Klang Valley, encompassing Kuala Lumpur, Putrajaya and parts of Selangor are in Phase Two, and only Kedah remains in Phase One.

What Malaysians are looking forward to most is the lifting of the interstate travel ban, which was last lifted on Dec 7 last year only to be re-imposed following a rise in Covid-19 cases.

We are currently only 6.9 per cent away from the government-set target of the 90 per cent completed vaccination rate for adults, which is projected in the following two to three weeks.

Data from the Covid-19 Vaccine Supply Access Guarantee Special Committee (JKJAV) until Sept 25 showed that 83.1 per cent or 19,454,273 of the adult population in the country have completed their Covid-19 vaccinations.

KASiH Cyberjaya Hospital general health and occupational health specialist Dr Hanafiah Bashirun expressed confidence that the 90 per cent target could be achieved in the government’s projected timeframe based on the rising number of daily vaccinations, which shows Malaysians are serious about being immunised against the disease.

According to him, the endemic phase does not mean that Malaysians should get overexcited to celebrate their new-found freedoms as even relaxed SOPs need to be followed, including wearing face masks, observing physical distancing and maintaining cleanliness.

“As long as a cure is not found, we have to live with the virus indefinitely as it will still be around and not go away. So it is vital to keep complying with the SOP as advised by the government,” he said.

He explained that in an endemic phase, an individual with minor symptoms such as category one and two will be viewed as having a common cold and need not be referred to a hospital unless they exhibit more serious symptoms such as breathing difficulties.

He pointed out that the government has actually taken steps in that direction by allowing self-quarantine for those showing mild symptoms.

“After we transition to the endemic stage, we don’t need to inform the public about the status of new cases and this may cause Malaysians to become careless, especially if it’s viewed as an ordinary virus.

“I really hope that the government will continue to inform the public about case developments, especially for category three to five cases, as well as the number of deaths so that Malaysians don’t grow complacent and will remain mindful about the presence of the Covid-19 virus,” he added.- Bernama