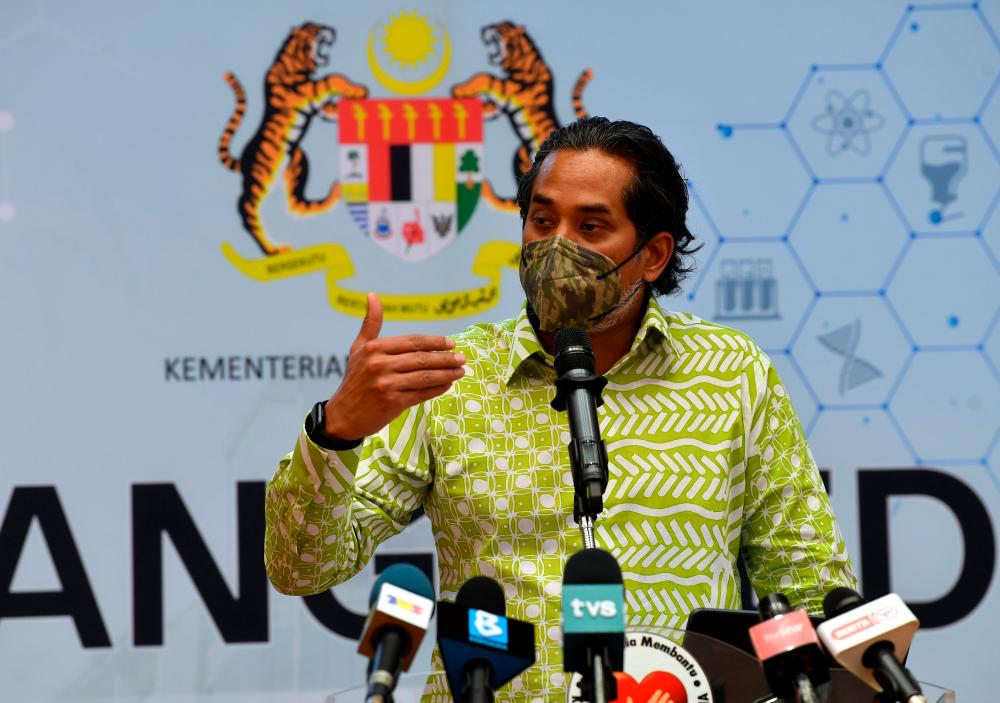 KUALA LUMPUR: International and local travellers for the Vaccinated Travel Lane (VTL) by air and land, Langkawi International Travel Bubble (LITB) and One Stop Centre (OSC) for short-term business visitors will have to undergo Covid-19 test for six days after arriving in Malaysia.

Health Minister Khairy Jamaluddin (pix) said the requirement would take effect tomorrow and was an action to strengthen the Ministry of Health (MOH)’s existing precautionary and control measures to prevent the transmission and spread of the Omicron variant in the country.

“Travellers under these categories must undergo Covid-19 detection test upon arrival in Malaysia, RTK-Ag test or Rapid Antigen Test (self-test) on the second, fourth and sixth day after arrival.

“They would also need to undergo a professional RTK-Ag test on the third and fifth day after arriving. LITB travellers are required to undergo an RT-PCR test at least 48 hours earlier before leaving Langkawi island.

“All test results must be reported through the MySejahtera application,” he said in a statement today.

Khairy said those travellers must also ensure that they are fully vaccinated, and are required to undergo RT-PCR tests at least 48 hours prior to their travel dates, replacing the previous procedure which was set 72 hours before departure.

Meanwhile, he said travellers from five countries with reported cases of Omicron in the community, namely United Kingdom, the United States, Australia, France and Norway, will be required to get tested with an RT-PCR swab test 48 hours prior to departing to Malaysia.

They too would be required to use a digital tracking device on them at all times during their mandatory quarantine period, he added.

According to him, the precautionary measures will be reviewed from time to time.

As of yesterday, 43 countries have reported Omicron-related cases.