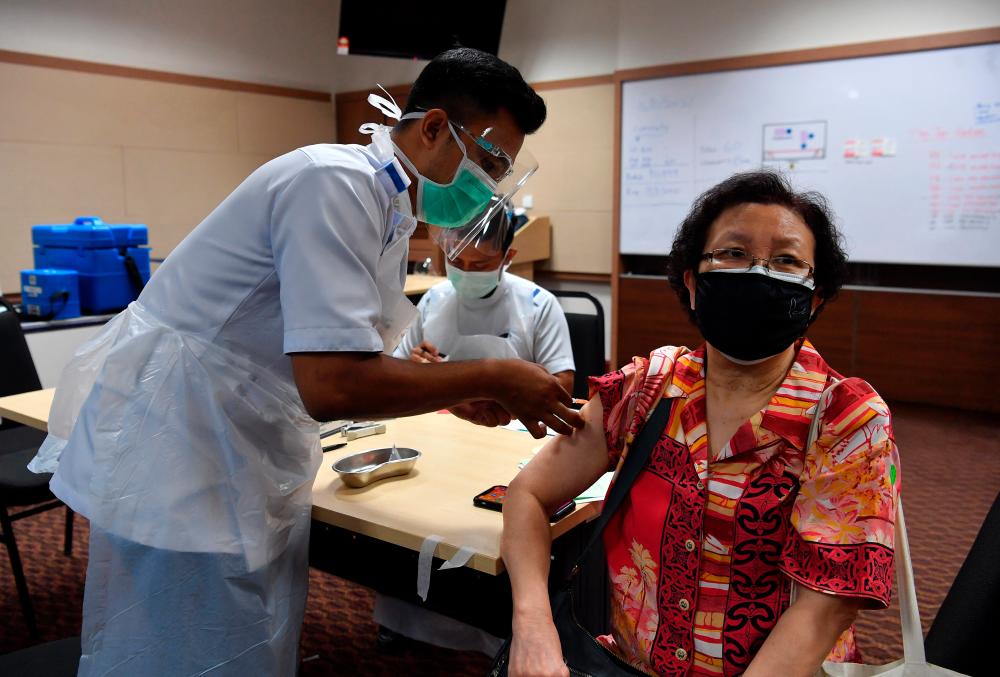 People who were at the jetty area managed to tie the vehicle with iron chains and ropes to stop the vehicle from sinking before removing all the victims. — Bernama

KUCHING: The four-wheel drive (4WD) vehicle which plunged into Sungai Batang Lupar from the Triso ferry jetty about 120km from here, is said to have lost control before diving into the river killing all nine people in it.

Sri Aman district police chief, DSP Bingkok John when contacted tonight said the Ford Ranger driven by a woman identified as Ronany Ting, 33, was on the way to Kuching from Kapit via the Jalan Beladin-Meludam route.

“We believe the driver had lost control of the vehicle causing it to veer and slide in the river,“ he said.

According to him, people who were at the jetty area managed to tie the vehicle with iron chains and ropes to stop the vehicle from sinking before removing all the victims.

The victims were confirmed dead at the Beladin Health Clinic and the bodies would be taken to Sri Aman Hospital for post mortem.

The Sri Aman Traffic Investigation and Enforcement Division is carrying out investigations, he added.

The tragedy also claimed the life of an infant, Mohd Ahmad Mohd Hamdan.

Meanwhile, Batang Lupar MP Datuk Seri Rohani Abdul Karim expressed her condolences to the families of the victims and prayed that the funeral arrangements will run smoothly.

Rohani said one of her representatives had met with the victims’ family members at the Beladin Health Clinic to convey her condolences while they were waiting for the ambulance to bring the bodies to the Sri Aman Hospital.

“I also hope all Triso ferry users will be careful in their travels, especially those on long trips. Always prioritise yours and your family’s safety,“ she said in a statement received by Bernama here. — Bernama