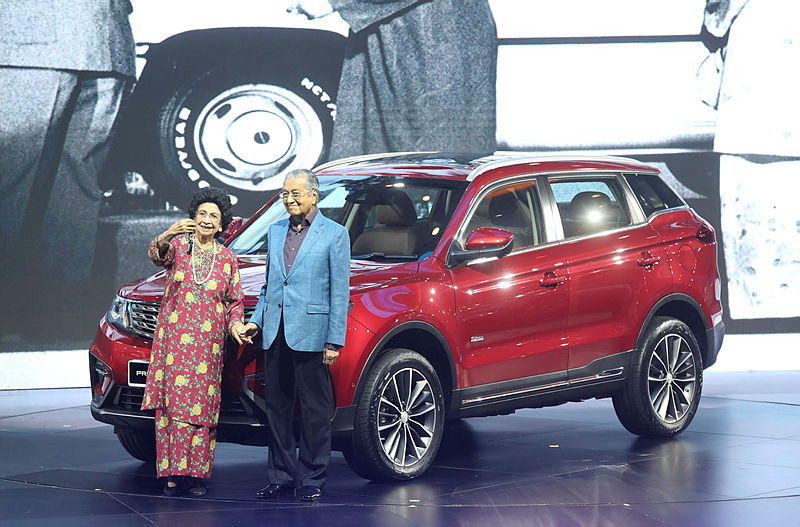 Since teaming up with Geely, Proton has made progress including the launch of its first sport utility vehicle, the X70.

“Of course this car is not designed and built by Proton entirely but in order to be fast on the road, you have to cut corners,“ he said after launching the model’s four variants here tonight.

However, Mahathir said Proton should continue to make progress and participate in developing new models.

The prime minister said probably the collaboration could start with the designing in Malaysia, move on to modelling and others which would then see a 100% Malaysian car completely undertaken in Malaysia with Geely supporting the venture all the way.

“I’m quite sure in the future we are going to see a lot more designs and models which will make Malaysia proud,“ he added.

Mahathir is confident the introduction of the X70 would continue to enhance Proton’s recovery.

“This is the turning point where the fortune of Proton will reverse in favour,“ he said.

The price is also applicable for Sabah and Sarawak.

In conjunction with the launch, Proton is also offering special value added packages which include free parts and labour for the first service, as well as, free labour for five scheduled service appointments within 100,000km or five years.