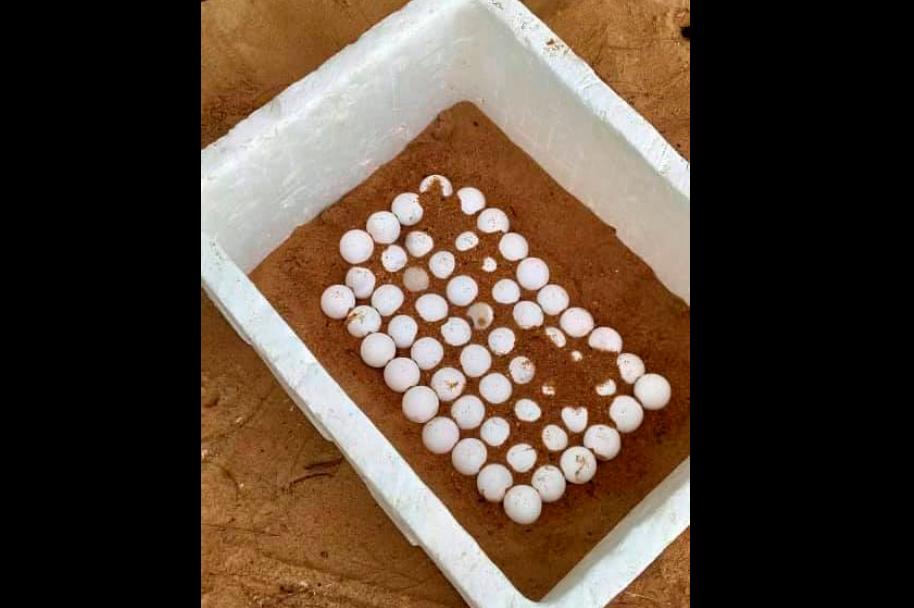 SEREMBAN: Environment thrives in the absence of people as seen in the discovery of hundreds of turtle eggs on the shores of Port Dickson.

Negri Sembilan State Fisheries Office through its Facebook page has shared the finding of 118 ‘Agar’ (Green) turtle eggs and another 110 more of unknown species.

State Fisheries Department director Halimi Abu Hanip, when contacted by Bernama, believed that there are more of the reptiles’ eggs uncovered in the popular tourist spot, and those detected were brought to the Ornamental Fish Centre here, to be incubated for conservation.

“Turtles had landed to nest on the beaches in Port Dickson before, but this was scarce as these sea-dwelling reptiles were deterred by the rapid development and bright lights.

“Normally the turtles would look for quiet spots around here and we are actively locating them with the help of those who have been given permission to collect the eggs,” he said.

Since the beginning of the Movement Control Order (MCO) in mid-March, Port Dickson was void of the usual hustle and bustle of tourist crowd and this had somewhat improved the environmental quality there.

Elaborating Halimi said the feeling of security could have prompted the turtles to lay their eggs in the area, as March to October had been known to be their nesting season.

He also urged all parties not to disturb the reptiles or take away their eggs.

“Inform the state’s Fisheries Department immediately if you stumble upon a nest,” he said, adding that turtles are protected under Negri Sembilan (Turtles and Turtle Eggs) Rules 1976 and the Fisheries Act 1985.

Tanjung Tuan has been gazetted under the Fisheries (Prohibited Areas) Regulations 1994 and the Fisheries Act 1985, and is the most important turtles habitat in Port Dickson.

Meanwhile netizens responded excitedly to the department’s post, among them Facebook user Nazwin Adila Fkf, who described the phenomenon as a silver lining behind the MCO and hoped the peace and tranquility would remain for the sake of the turtles.

Raouf Asis questioned if there has been a history of turtles nesting in PD while Azizzul Hakim called on the Fisheries Department to keep watching out for the turtles. - Bernama 4.The women desperate to work in Taliban-ruled Afghanistan