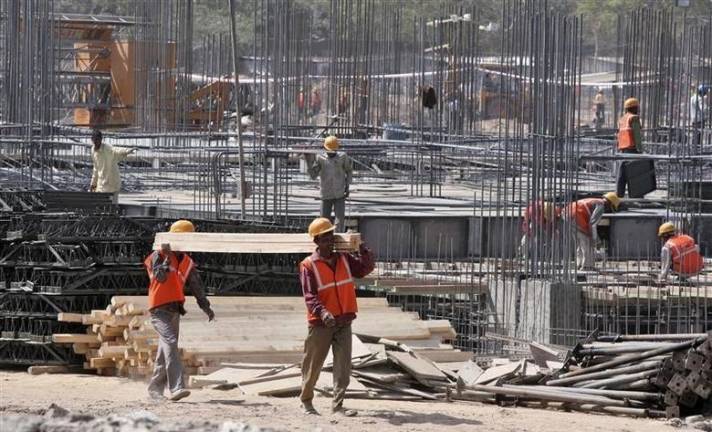 KUALA BERANG: Technical Vocational Education and Training (TVET) graduates are not only able to change their lives for the better by getting a higher than average salary, but their successes also pave the way to opening up employment opportunities to others.

This is clearly proven by Muhammad Qamarul Auji Amran, 32, a TVET graduate of the Akademi Binaan Malaysia (ABM) for the Eastern Region in Jenagor, who now owns a pipe fabrication company and currently employed 80 workers.

Kuala Terengganu native Muhammad Qamarul Auji admitted that he did not expect to achieve much success as he does today particularly after receiving the less than satisfactory results in the Sijil Pelajaran Malaysia (SPM) in 2004.

“Based on my SPM’s result I was not qualified to enrol at any university. There were some who looked down on me due to my SPM result but I couldn’t be angry at them as it was my own fault for not studying hard enough.

“Until to a stage where I really wanted to advance myself. So I started searching on the Internet until I found out about ABM and decided to continue studying there to get a certificate in the gas piping course,” he said when met by reporters here.

He said after obtaining his certificate in 2007 he then worked at an oil and gas company with a starting salary of only RM1,200.

In addition to the experience of working in Saudi Arabia in 2008, Muhammad Qamarul Auji’s life has also changed as his income increased gradually to RM12,000 a month in 2014.

“With that monthly salary, I managed to save up to RM100,000 and I opened my own company in 2015,” he said, adding that his company now has three branches, namely, in Kuala Lumpur, Labuan and Kemaman.

Meanwhile, another successful graduate of ABM, Muhammad Badiuzaman Ya Abu Bakar, 34, was taking up welding course in 2003 after watching his older Muhammad Hasbiallah Abu Bakar, also an ABM graduate, was living a very comfortable life.

“It was my brother who pushed me to join ABM. He said in this field if you work hard you can earn really good money. So I just want to be like him,” he said, adding that his brother passed away in 2014 due to an illness.

As a welder attached to a United States-based company, the Kemaman native Muhammad Badiuzaman is now working in Saudi Arabia with a monthly income of RM18,000.

In addition to his certificate, he also has worked abroad including in the United States, China and Myanmar. - Bernama