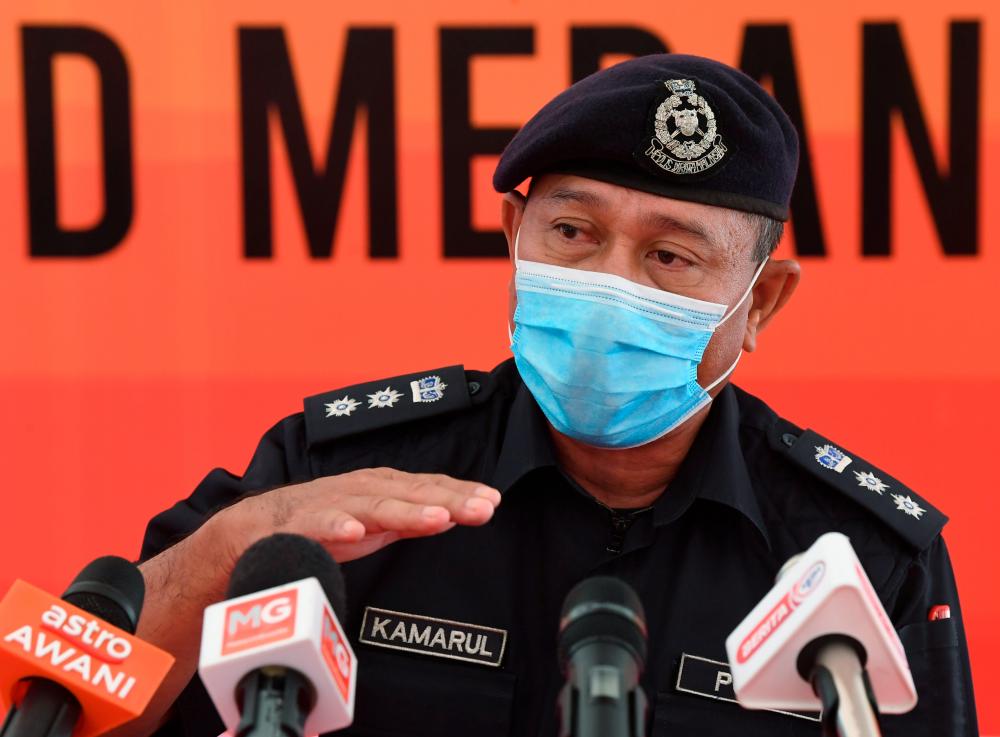 CYBERJAYA: Two cleaning company workers were seriously hurt after they were attacked by a man armed with a parang in the parking lot of Taman Permata Flats in Dengkil yesterday.

Sepang district police chief ACP Wan Kamarul Azran Wan Yusof (pix) said the first victim, 24, suffered injuries to his right arm, which was also broken, while the other victim, 44, had his left ear almost severed, adding that both victims were treated at the Putrajaya Hospital.

The attack was believed to have been triggered by an earlier incident at 7.40am, when they were admonished by the suspect for kicking the tyre of a car belonging to the suspect. Both parties then argued before the victims left the scene for work.

“This probably upset the suspect and he plotted his revenge,” he told a media conference on a crime prevention operation here, today.

The suspect was lying in wait for the victims to return and intercepted them at the motorcycle parking area before attacking them with a parang, he said.

“No weapon was found on the suspect as he had disposed of it when he escaped. The police will investigate further and locate the parang,” he said, adding that the suspect had two prior criminal records.

He said the suspect had been remanded for a week and the case would be investigated under Section 326 of the Penal Code.

In a separate case, Wan Kamarul Azran said 10 locals, aged 30 to 55, were detained yesterday at 7pm for hunting in an area in Jenderam Hulu, Sepang, which was outside the area specified in their hunting permits. They were all released at around 11pm on police bail and will be investigated under Section 8(b) of the Arms Act 1960. -Bernama