Two killed, one injured in three vehicle-crash in Muar 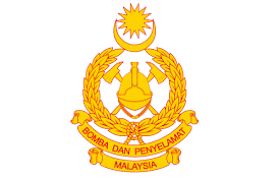 JOHOR BAHRU, Feb 20: Two people were killed while another was injured in a road crash involving three vehicles at Jalan Bukit Pasir near Muar, today.

Pagoh Fire and Rescue Station (BBP) operations commander, senior fire officer I Radin Hamimah Mohammad said, a distress call on the incident which involved a Toyota Hilux, a lorry and a Proton Saga FLX, was received at 9.29 am.

She said 23 personnel in one Light Fire Rescue Team (LFRT) engine from the Pagoh BBP as well as two LFRT engines and three units of Rapid Intervention Motorcycle (RIM) from the Muar BBP were rushed to the scene.

Radin Hamimah said the impact of the crash caused the driver and the passenger of the Toyota Hilux to be thrown out of the vehicle.

“Both of the victims, aged 68 and 17, were pronounced dead by the Health Ministry’s personnel who inspected the scene,” she said in a statement today.

Radin Hamimah said the 39-year-old lorry driver sustained injuries while four men aged between 32 and 66 who were travelling in the Proton Saga FLX escaped unhurt.

She said the bodies and the injured victim were taken to the Sultanah Fatimah Hospital, Muar. 3.Young and vibrant GTA ready to compete in GE15