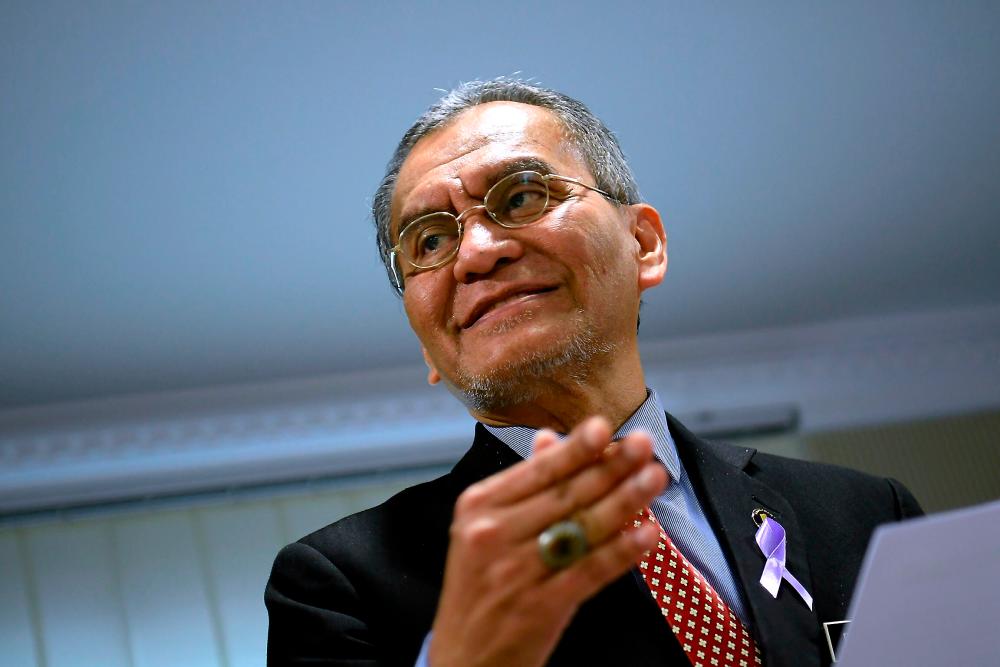 PUTRAJAYA: Two Malaysians who were part of the group that returned from Wuhan, China, on Tuesday morning, have tested positive for the novel coronavirus (2019-nCoV).

He said the two Malaysians, a 45-year-old man and his nine-year-old son, are currently receiving treatment at an isolation ward in a hospital in Negri Sembilan.

“They were asymptomatic when we first flew them from Wuhan to Kuala Lumpur. However, we conducted throat swabs on all those returnees, and found that the two of them were positive of the virus,” he told a press conference, here, today.

This brings the total number of confirmed cases to 12, with three of them Malaysian.

Two other Malaysians in the returning group from Wuhan, who initially showed symptoms upon arrival at KLIA, tested negative.

On Tuesday, Dzulkefly confirmed the first local case involving a 41-year-old man, who had visited Singapore from Jan 16 to 23 for an international conference, which was also attended by delegates from China.

The man only sought treatment at a private health facility on Jan 29 when he started feeling unwell, before being admitted to the Sungai Buloh Hospital isolation ward on Feb 2.

Commenting on the case, Dzulkefly said the ministry has identified 74 of the man’s close contacts to date, 35 of whom have been traced and samples taken for tests.

Of this figure (35), 26 tested negative while the remaining nine are awaiting lab results.

“We are still conducting contact tracing to identify as many people the man has been in contact with as possible,” Dzulkefly said.

On a viral claim that a Canadian teenager who collapsed while taking a walk with her family at KLCC was infected with the virus, Dzulkefly said the ministry is currently conducting tests and has taken all the necessary precautionary measures.

“She has been brought to Kuala Lumpur Hospital for further checks,” he said, adding that officers captured on camera donning personal protective equipment while attending to the girl in KLCC were merely taking precaution.

A spokesman for the ministry said the 17-year-old girl and her family have resided in China for about 15 years, and had entered Malaysia on Tuesday after spending 10 days on holiday in Indonesia.

He added that on initial check, the girl has not shown any symptoms of the coronavirus.