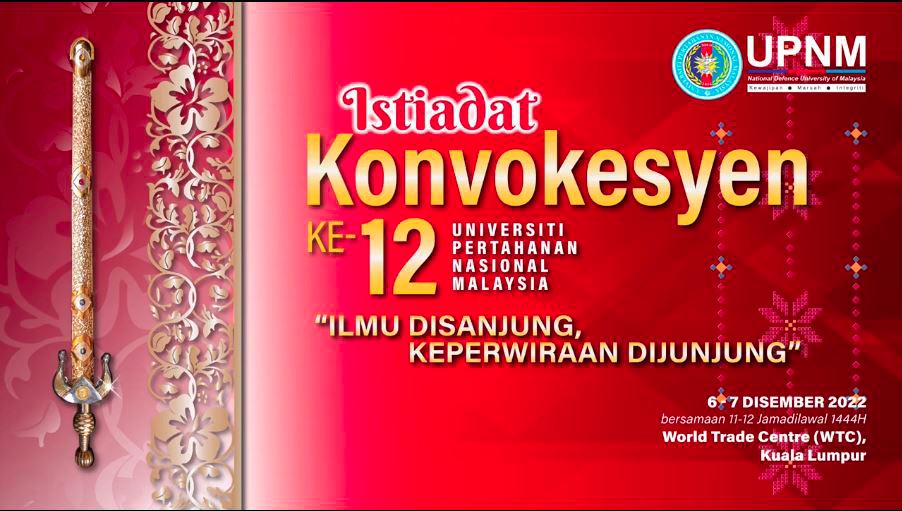 A UPNM statement today said the two Orang Asli graduates are Norsadanairah Anuar from the Kensiu tribe who was awarded a Bachelor of Science (Honours) in Logistics and Maritime Transport while Muhamad Aidil Kamal received a Bachelor’s Degree in Islamic Defence and Security.

“In addition, a total of 44 degree and diploma graduates received Academic Prizes this year, including two recipients of the Royal Education Gold Medal; one each for the Chancellor’s Gold Medal, the LPU (Leadership) Gold Medal and the Entrepreneurship Award.

“The Vice-Chancellor’s Gold Medal and the Bachelor’s Book Prize Award each have 16 recipients, five recipients for the Diploma Book Prize and two for the Best Diploma Student Award,” according to the UPNM statement.

The 12th UPNM Convocation ceremony is being presided over by vice-chancellor Lt Gen Datuk Hasagaya Abdullah.

He said the new awards were in recognition of graduates with high-quality accomplishments in their postgraduate studies.

According to Hasagaya, a special award ceremony will be held separately on a date to be determined. - Bernama