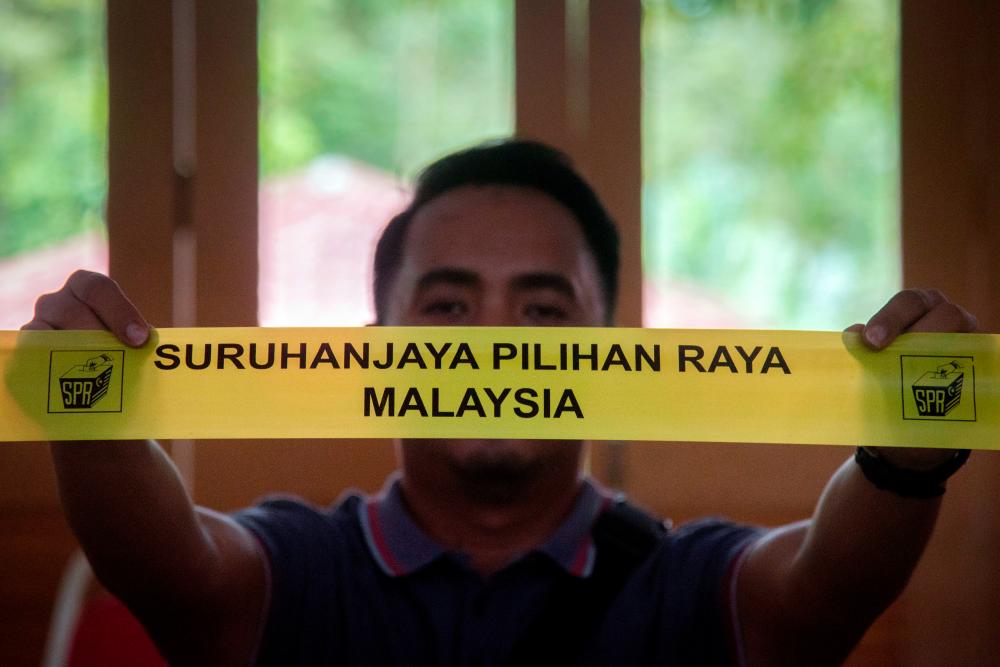 PUTRAJAYA: The Election Commission (EC) has set up two enforcement teams to monitor campaign activities by candidates contesting the Padang Serai parliamentary seat in Kedah and the Tioman state seat in Pahang.

EC chairman Tan Sri Abdul Ghani Salleh, in a statement today, said he hoped that campaigning activities in both constituencies will run in a harmonious atmosphere and in accordance with the stipulated laws and regulations.

He said campaign materials that contain words that can develop ill feelings, discontent or have racial elements and touch on religious sensitivities or incite animosity are not allowed.

The nomination process for the 15th General Election (GE15) for both seats ended at 10 am today with one new nomination paper submitted by a Pakatan Harapan (PH) candidate for the Padang Serai parliamentary seat and a candidate from Perikatan Nasional (PN) for the Tioman state seat.

Polling for GE15 in both constituencies was postponed following the death of one of the candidates vying for the two seats, namely M. Karupaiya of Pakatan Harapan (PH) for the Padang Serai parliamentary seat and Perikatan Nasional’s (PN) Md. Yunus Ramli for the Tioman state seat.

The EC has set polling for both constituencies to be held simultaneously on Dec 7 and early voting on Dec 3.

However, Warisan has announced pulling out of the race, but the candidate’s name would still appear in the ballot paper as the party is registered as one of the parties contesting for the Padang Serai parliamentary seat.