Two-thirds of prisoners to undergo community rehab by 2030 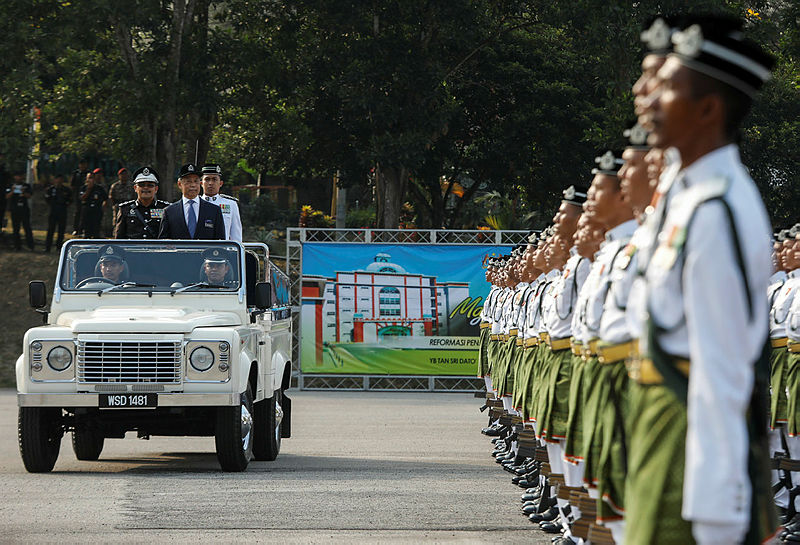 KAJANG: The Home Ministry through the Prisons Department is targeting two-thirds of prisoners to undergo rehabilitation in the community by 2030, says Home Minister Tan Sri Muhyiddin Yassin.

He said the community rehabilitation programme would be empowered to assist prisoners to reintegrate into society and facilitate them to be useful citizens.

The out-of-prison correctional programme such as parole system and compulsory attendance order would be extended as an alternative programme to overcome prison congestion.

“With about 39,000 prisoners benefiting from the programme outside the prison walls and with a recidivism rate of 0.5%, the programme should be expanded,” he said when speaking at the 229th Prison Day celebration themed “Prison Reformation for Community Wellbeing” at the Malaysia Prisons College here today.

“Currently, 44 private companies in 12 states involving 2,005 ODP have gone through the CSI programme since 2016.

“The Reintegration of Inmates in Industry was implemented with a private company in Sungai Petani involving 35 people under supervision showed success,” he said.

Meanwhile, Muhyiddin said the ministry would ensure prisons are equipped with recreational and security facilities and more systematically designed buildings.

Muhyiddin also announced the implementation of Prison Open Day to give relaxation for prisons to choose a suitable day in March as its open day.

He said the implementation of the open day would build a positive perception among the people on prisons and help inmate regain their confidence. — Bernama