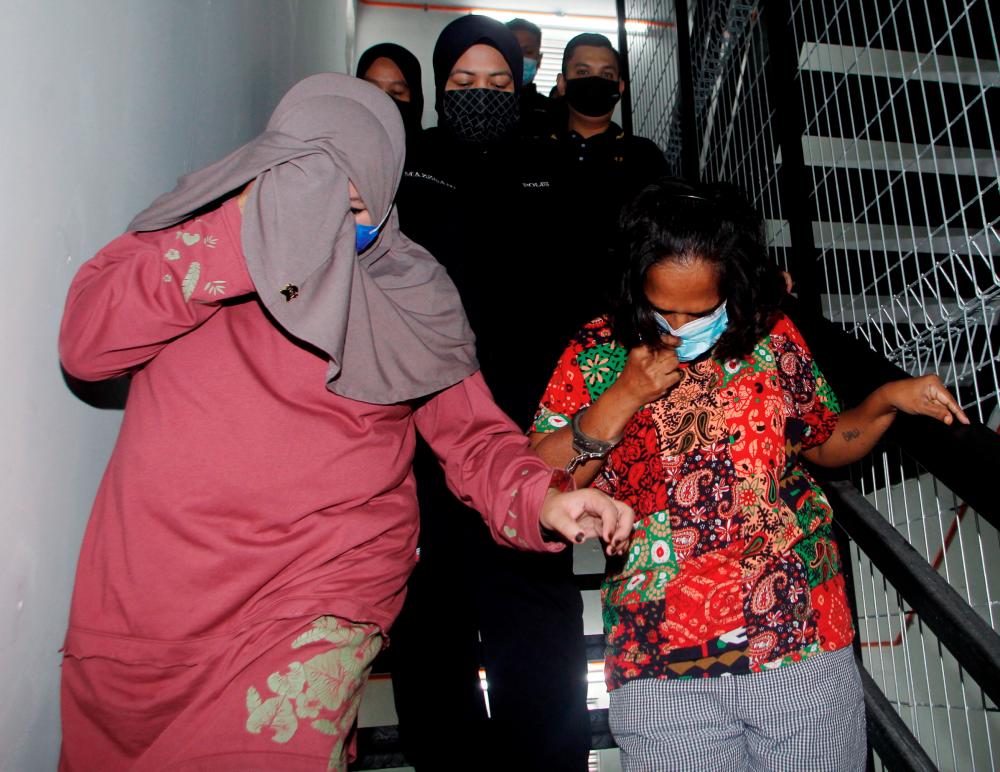 The accused, Noor Azlina Mohd Nasir, 41, who works as a nurse at a hospital in Alor Star, Kedah and a housewife, D. Murugamal, 52, pleaded not guilty when the charge was jointly read before Judge Norashima Khalid/BERNAMAPIX

IPOH: Two women were charged in Sessions Court here today with trafficking a baby girl in 2020.

Noor Azlina Mohd Nasir, 41, a nurse, and a housewife, D. Murugamal, 52, however, pleaded not guilty after the charges against them were read before Judge Norashima Khalid.

Noor Azlina, who is attached to a hospital in Alor Setar, Kedah, and Murugamal, from Penang, were jointly charged with having the same intention to traffic a nine-day-old baby girl, which is a form of illegal exploitation.

The offence was committed at a car park near a private hospital in Manjung, at about noon on June 18, 2020.

They were charged under Section 14 of the Anti-Trafficking in Persons and Anti-Smuggling of Migrants (Atipsom) Act 2007, which carries a minimum sentence of five years in jail, up to life imprisonment and whipping, if convicted.

During the mitigation, lawyer Mohd Firdaus Mohd Farouk, representing both accused, sought a lower bail for Noor Azlina, a mother of five, and Murugamal, who is unemployed and suffering from heart problems and diabetes.

The court then set bail at RM10,000 in one surety for each accused and set Feb 24 for mention. - Bernama