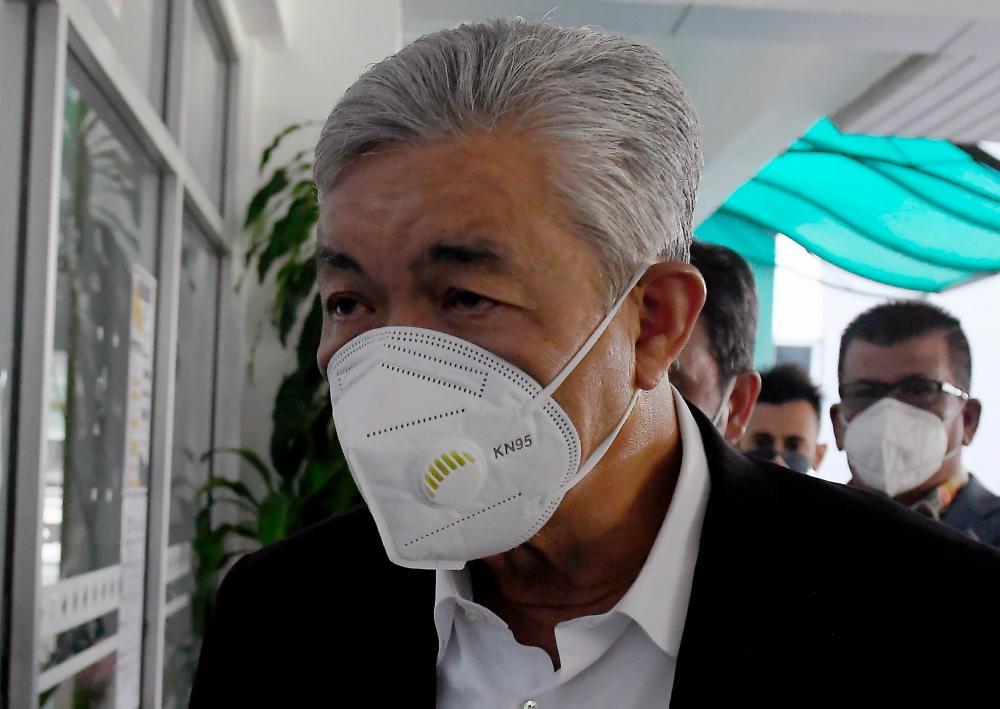 “If I can recall correctly, the payment of SGD200,000 per month began in late 2014 and continued until mid-2015. Around that time, we went to his (Ahmad Zahid) house in Country Heights, Kajang and in that meeting Datuk Seri Zahid (Ahmad Zahid) requested that the monthly contribution be increased. After discussing with Wan Quoris and David Tan, we agreed to a sum of SGD300,000 per month.

“After discussing with Wan Quoris and David Tan, we agreed to increase the amount from SGD300,000 to SGD520,000 per month,” he said while reading his witness statement during examination-in-chief by deputy public prosecutor (DPP) Abdul Malik Ayob at the trial of Ahmad Zahid who is facing 40 corruption charges.

The 15th prosecution witness added they came up with that figure because Ahmad Zahid had mentioned that the UMNO divisions needed financial support.

When asked a supplementary question by DPP Datuk Raja Rozela Raja Toran, if he could recall how many times he had delivered (cash money) between 2014 and 2018, he replied: “70 per cent of the process was done by me...40 times in four years.”

Raja Rozela: Can you recall, who did you go with to deliver the money at Country Heights, Kajang (Ahmad Zahid’s house).

Raja Rozela: In your statement you said that, the money was handed over by you alone, but you went together (with Wan Quoris n David Tan) why?

Harry Lee: I’m not sure, but from day one it had been set that way (meeting with Ahmad Zahid) and I just followed.

He added that in the 40 times he had delivered the money, Ahmad Zahid had never returned them.

Ahmad Zahid, 69, is facing 33 charges of receiving bribes amounting to SG$13.56 million from UKSB for himself as Home Minister to extend the contract of the company as the operator of OSC service in China and the supply VLN system as well as to maintain the contract agreement to supply the VLN integrated system to the same company by KDN.

He was charged with committing all the offences at Seri Satria, Presint 16, Putrajaya and Country Heights Kajang between October 2014 and March 2018.