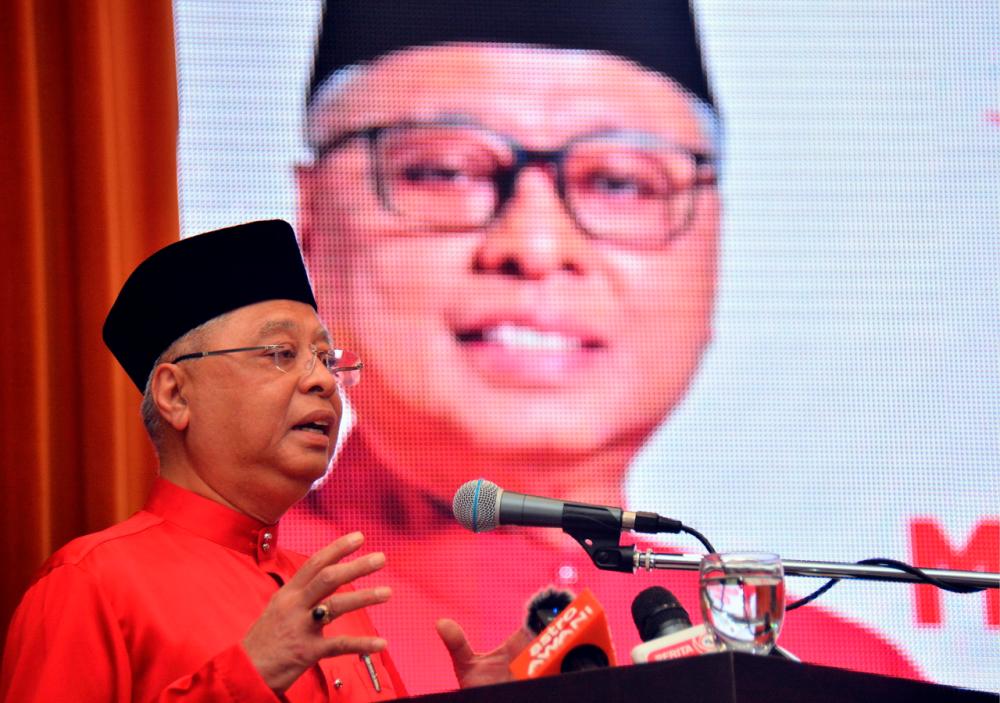 KUALA LUMPUR: The Malay-Chinese constructive cooperation through Umno and MCA has proven to be more beneficial to the Chinese community than the aggressive approach by DAP, said Prime Minister Datuk Seri Ismail Sabri Yaakob. (pix)

Ismail Sabri, who is also Umno vice-president, said this was because during the 22-month of Pakatan Harapan’s rule, it was proven that the DAP’s extreme approach was not able to win the hearts of the people of various races in the country.

Therefore, he said MCA should not feel threatened by DAP to an extent that it (MCA) had to portray itself as being more chauvinistic, having shown its maturity in politics as a component party of Barisan Nasional (BN).

“The most notable is the resolution passed at the 67th MCA General Assembly last March which called on all parties to stop all forms of political squabbling, instead, to focus on efforts to curb the spread of the Covid-19 pandemic, help the people and restore the country’s economy.

“Well done MCA! Instilled in the souls of young MCA members are the history, origins, traditions and systems that were formed by the party founders which includes moderation, justice, fairness and the foresight of the late Tun Tan Cheng Lock should always be our guide,“ he said in his virtual speech at the 68th MCA General Assembly here, today.

According to him, the amendment to the MCA constitution to accept Malaysians of non-Chinese descent as affiliate members shows that it is a political party that promotes the spirit of diversity and moderation and serves all the people regardless of race.

“MCA’s loyalty was also tested when other component parties decided to leave BN. Fortunately during the 65th MCA General Assembly on Dec 2, 2019, the one who won as the new MCA president was Datuk Seri Wee Ka Siong.

“Under his leadership, the MCA Central Committee has decided for the party to remain in BN to ‘create a democratic, diverse and moderate political environment’. My congratulations and thanks to Datuk Seri Wee Ka Siong,“ he said.

Ismail Sabri said efforts to rejuvenate and restore the people’s support for MCA were realised with the victory of the party’s candidates, including Datuk Seri Dr Wee Jeck Seng , who won with a large majority in the Tanjung Piai by-election on Nov 16, 2019.

The others are Ngwe Hee Sem and Senator Datuk Lim Ban Hong who managed to recapture the Machap Jaya and Kelebang seats, respectively, in the Melaka state election last Nov 20.

Ismail Sabri said he was confident that with the hard work of every party member and the spirit of comradeship in BN, it would not be impossible for MCA to defeat its opponents, especially the DAP candidates, in the coming 15th General Election (GE15).

He said the MCA leadership needed to be more proactive towards the current situation and not only to get the people’s support for the party in GE15, but for all leaders and party members to do so with sincerity, thus continuing to fight for the interests of the Chinese in particular and Malaysians as a whole.

He hoped that MCA, through its grassroots, would always be concerned about the problems of the people regardless of race in dealing with the COVID-19 pandemic.

“MCA also needs to enhance its engagement with the young people to help them in various aspects in line with the implementation of Undi18.

“The voters from this generation Z have a different way of thinking and they are exposed to so much information,“ he added. -Bernama