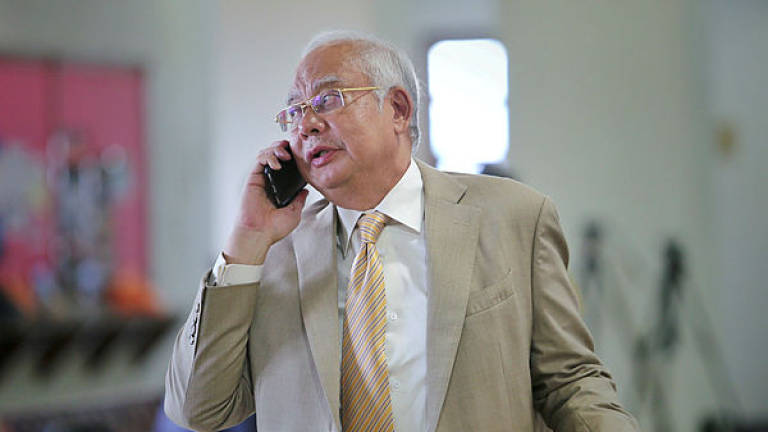 There is every possibility that the charges could be dropped, according to legal experts theSun spoke to yesterday.

Constitutional law expert Prof Datuk Dr Shad Saleem Faruqi said under Article 145 of the Federal Constitution, the attorney-general (AG) has the power to discontinue proceedings in the trials.

Former prime minister Tun Dr Mahathir Mohamad had earlier claimed that with Umno back in power, their leaders now tied up in court could be set free.

He said this was not a new phenomenon. “Court decisions were consistently manipulated before Pakatan Harapan (PH) came into power,” he said.

“The court may find it embarrassing to take action against the (new) government. We have seen this before during Najib’s time,” he said at a press conference yesterday.

“He was able to manipulate the court, even influence decisions made by the court,” Mahathir added.

Saleem Faruqi said under Article 145 (3A) of the constitution, the AG has the discretion to institute, conduct or discontinue any proceedings for an offence other than proceedings before a syariah court, a native court or a court martial.

“It displays flaws in the Federal Constitution and provides the AG with absolute power, giving him the discretion to decided whether to institute, conduct or discontinue any proceedings.

“In our history, in many instances where people were prosecuted or the prosecution had commenced, and when the political development took place, the charges were not proceeded with,” Saleem Faruqi said yesterday.

“For example, between 2008 and 2009, various charges preferred against some assemblymen were dropped because the politics changed,” he added.

He said the previous government had promised to look into amending the constitution but at this point the promise cannot be kept.

In its manifesto, PH also pledged to amend the constitution but has yet to get a two-thirds majority (in Parliament) as required under Article 159(3).

Lawyer Fahri Azzat said there is fear among the people that if a new AG is appointed, he would withdraw all criminal proceedings against the politicians.

As an example, he pointed out that graft charges against Lim Guan Eng were dropped after he was appointed finance minister.

“There is a real possibility of this happening again,” he added.

On the other hand, law expert Prof Datuk Salleh Buang said while the AG has the discretion, there is little possibility of the charges being dropped.

“The trial has gone some distance,” he noted.

Nonetheless, he said witnesses for the 1MDB trial who have yet to be called to testify may now feel intimidated.

“Some of them may suddenly forget (the facts),” he said.

Najib is currently on trial for multiple charges of corruption and abuse of power involving 1Malaysia Development Berhad and SRC International.