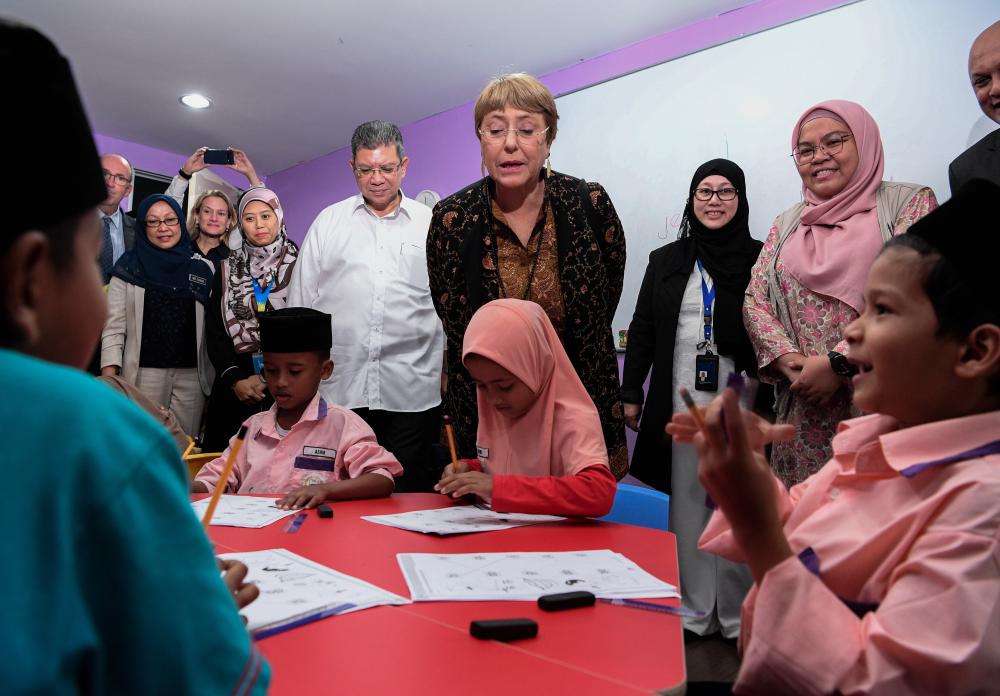 KUALA LUMPUR: The United Nations has hailed the government’s efforts to promote unity and interfaith harmony, particularly the proposal to establish a National Harmony and Reconciliation Commission.

UN High Commissioner for Human Rights, Michelle Bachelet said there were strong aspirations for positive change in Malaysia which is a diverse, multi-ethnic and multi-religious society, but the concerns were how the changes would affect the interests of different sectors of society.

“One key challenge is how to tackle hate speech, carefully distinguishing between permissible speech and speech that may amount to incitement.

“The Rabat Plan of Action adopted in 2012 and grounded in international human rights law, provides useful guidance in this respect, and I have offered the assistance of my office and other UN human rights mechanisms to further explore this,“ she told a press conference at the end of her four-day visit to Malaysia, here today.

Malaysia is Bachelet’s first destination in Southeast Asia since taking office in September 2018, and the visit is at the invitation of Foreign Affairs Minister Datuk Saifuddin Abdullah during their meeting at the sidelines of the Human Rights Council on Feb 26 in Geneva, Switzerland.

Bachelet also welcomed the steps taken to establish a new independent police complaints commission which would be an important step towards addressing long-standing problems of torture, ill-treatment and deaths in custody, as well as steps to upgrade some of the more antiquated prisons.

She also appreciated the policies and strategies aimed at the advancement of women having made to understand that a number of laws were pending, including on sexual harassment in the workplace.

“On the issue of child marriage, we discussed how to work towards a harmonised standard across the country, raise the minimum age for compulsory education, and address contributing factors such as teenage pregnancy,” she said.

On the Rohingya issue, Bachelet who managed to visit an alternative learning centre for Rohingya refugees, hoped the legal recognition of refugees could be strengthened and the right to education and access to the job market could be ensured for all refugees.

Bachelet also hoped the government would proceed to roll back some of the laws which for a long time had impeded freedom of expression and public debate, including the Sedition Act, the Communications and Multimedia Act 1998, the Peaceful Assembly Act and the Official Secrets Act.

She also encouraged the government to sustain the current moratorium on the death penalty and welcomed the announcement last month that a special task force would be set up to examine alternative forms of punishment to the mandatory death penalty. - Bernama