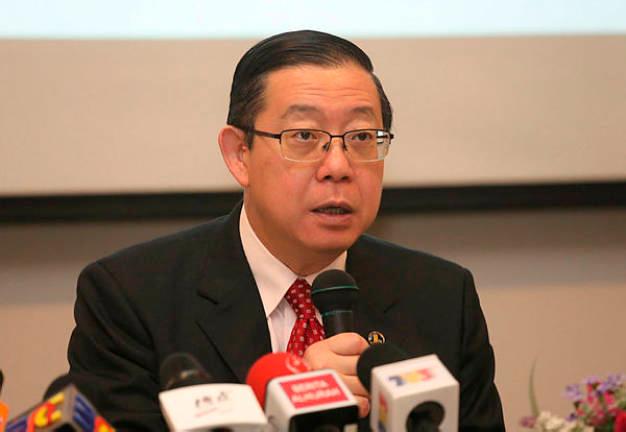 PUTRAJAYA: Former finance minister Lim Guan Eng (pix) has been asked to return to the Malaysian Anti-Corruption Commission (MACC) headquarters here on Saturday in connection with the investigation into the undersea tunnel project in Penang.

Lim, who is also former Penang chief minister, arrived at the MACC building at 1.05 pm today to provide his statement over the probe, and left at 7.13pm without issuing a statement to the media.

Lim’s lawyer, RSN Rayer, confirmed that the DAP secretary-general was requested to be present again at 10am, Saturday.

“He (Lim) came here as a witness. Actually he was not feeling well today, he has a medical certificate for two days, today and tomorrow. However, as we had received a notice to be present, we cooperated by coming to the MACC,“ said Rayer, who accompanied Lim at the MACC headquarters along with Puchong MP Gobind Singh Deo.

On June 30, the MACC detained a former senior official of the Penang Port Commission (PPC) to assist with investigations into elements of corruption in the undersea tunnel project which involves an estimated total cost of RM6.3 billion.

Penang Chief Minister Chow Kon Yeow as well as several current and former state executive council members have also been called to provide their statements to the MACC regarding the mega project. — Bernama

2.RM400 million in petroleum payments made to K’tan since 2 years ago