Retrenched pastry chef puts his talent to good use 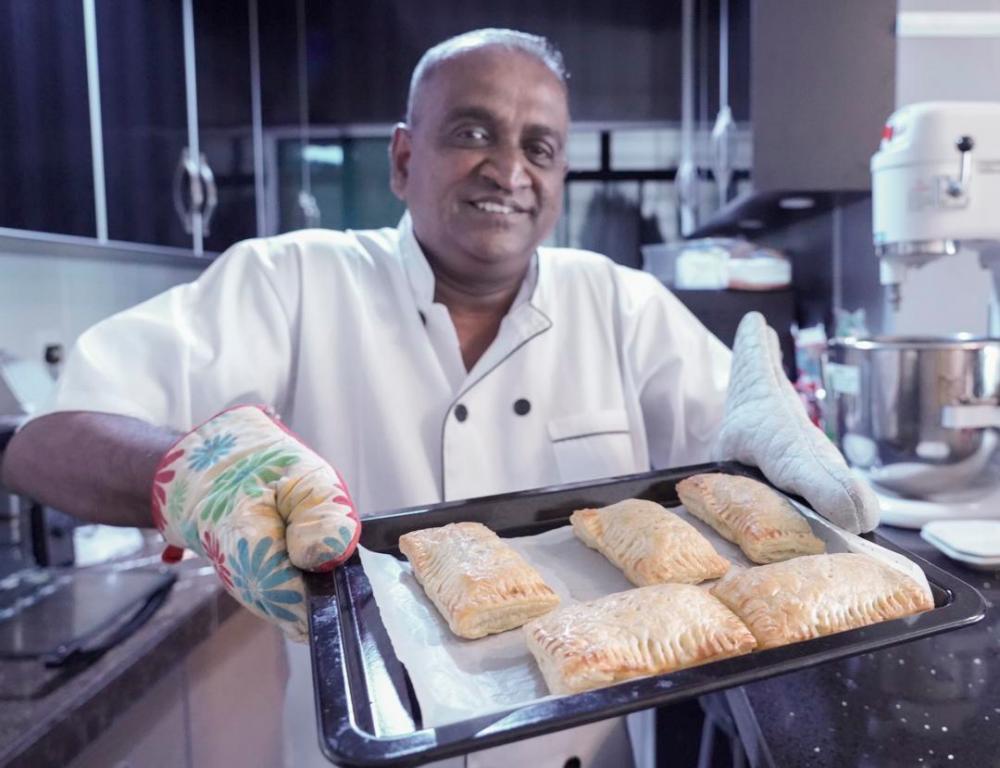 PETALING JAYA: It is a rare person who goes on a campaign to help the less fortunate when he is hit by a stroke of bad luck.

But for George Alexander Fernandez (pix), it is the best way to use a talent that, he believes, God has bestowed on him.

Just recently, the 56-year-old lost his job as a pastry chef. “It was very sad. I was a dedicated worker and my family even labelled me as a workaholic,” he told theSun.

Worse for Fernandez, fondly known as Uncle George, his 37 years in the company counted for nothing.

“My boss told me he wanted my resignation letter and I was sent packing with just a month’s salary as compensation,” he recalled. “All I could do was to pray for a new opportunity to arise.”

That break came sooner than he expected.

His niece, Elvina Fernandez, suggested that he start an online baking business on Facebook. He agreed and came up with an obvious branding - Uncle George Bakes.

“Before I launched my business, I baked some cakes and distributed them to the homeless in Kuala Lumpur,” he said.

They liked it, so he took it as a signal that he should get his business off the ground.

“I started by selling non-alcoholic fruit cakes, cream puffs and tuna puffs but have now expanded the menu to include chicken curry puffs, biscuits and pineapple tarts that I want to sell during the upcoming Deepavali celebrations,” he said.

Much to his delight, his variety of pastry has been selling like hot cakes. “Sales continued to increase week after week,” he said.

“It came to a point where I had to tell Elvina I did not want to become too popular because being the only one doing the baking, it was not easy to keep up with the orders.”

It was then that his daughter Melissa, herself an accomplished baker, decided to join him in the kitchen.

Fernandez said that when he started, his nieces and children provided the delivery service within the Klang Valley but he has now engaged individuals, who like him have lost their jobs, to become his delivery riders.

To repay the homeless people who had given him the start he needed, he now makes nasi lemak and fried meehoon that he distributes to them.

For others who have also been affected by the pandemic, Fernandez’s advice is, “don’t give up”.

“Use the talent you have. As long as you put your heart into the business, you will be successful,” he added. US stocks mostly retreat ahead of Fed chief’s remarks US stocks mostly retreat ahead of Fed chief’s remarks

2.US stocks mostly retreat ahead of Fed chief’s remarks