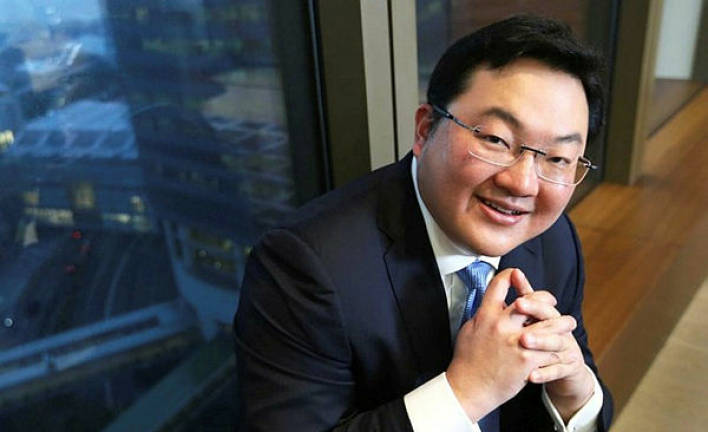 In a statement, DoJ said that the assets are located in the United States, the United Kingdom and Switzerland.

With the conclusion of this settlement, together with the prior disposition of other related forfeiture cases, the US will have recovered or assisted in the recovery of more than US$1 billion (RM4.18 billion) in assets associated with the 1MDB international money laundering and bribery scheme, it said.

The statement said this represents the largest recovery to date under the department’s Kleptocracy Asset Recovery Initiative and the largest civil forfeiture ever concluded by the DoJ.

“This settlement agreement forces Low and his family to relinquish hundreds of millions of dollars in ill-gotten gains that were intended to be used for the benefit of the Malaysian people,“ Assistant Attorney General Brian A. Benczkowski of the Justice Department’s Criminal Division was quoted saying.

Benczkowski underscored that it sends a signal that the US will not be a safe haven for the proceeds of corruption.

In a separate statement, Jho Low confirmed that a settlement has been reached with the US government with regard to the civil forfeiture cases.

According to him, it “fully and forever resolves in their entirety each of the US government’s civil, criminal and administrative actions or proceedings relating to the defendant assets at issue in the Central District of California”.

Jho Low, however, maintains that the agreement does not constitute an admission of guilt, liability or any form of wrongdoing by him or the asset owners.

In the DoJ statement, US Attorney Nicola T. Hanna of the Central District of California pointed out that a staggering amount of money embezzled from 1MDB at the expense of the people of Malaysia was laundered through the purchase of big-ticket assets in the US and other nations.

“Thanks to this settlement, one of the men allegedly at the centre of this massive scheme will lose all access to hundreds of millions of dollars,“ Hanna said.

Meanwhile, Federal Bureau of Investigation (FBI) assistant director Terry Wade said the settlement with Jho Low demonstrates the continued commitment of the FBI to root out the fraud and selfishness of the corrupt individuals who conspired to pay bribes and launder funds belonging to Malaysians.

The DoJ statement said that according to the civil forfeiture complaints, from 2009 through 2015, more than US$4.5 billion (RM18.79 billion) in funds belonging to 1MDB were allegedly misappropriated by high-level officials of 1MDB and their associates, including Jho Low, through a criminal conspiracy involving international money laundering and bribery.

Under the terms of the settlement, Jho Low, his family members and FFP, a Cayman Islands entity serving as the trustees overseeing the assets at issue in these forfeiture actions, agreed to forfeit all assets subject to pending forfeiture complaints in which they have a potential interest.

The assets subject to the settlement agreement include high-end real estate in Beverly Hills, New York and London, a luxury boutique hotel in Beverly Hills and tens of millions of dollars in business investments that Jho Low allegedly made with funds traceable to misappropriated 1MDB monies.

DoJ said the assets being forfeited subject to this settlement are in addtion to the nearly US$140 million in assets the US previously forfeited in connection with Jho Low’s investment in a business entity related to the Park Lane Hotel in New York, as well as a super yacht valued at over US$120 million, seized by law enforcement authorities in Indonesia at the request of the department and recovered by Malaysian authorities directly from Indonesia.

“Following conclusion of the settlement, several civil forfeiture complaints arising out of the 1MDB criminal conspiracy remain pending against assets associated with other alleged co-conspirators,“ it said.

It also conveyed appreciation over the significant assistance provided by the Attorney General’s Chambers Malaysia, Royal Malaysia Police, Malaysian Anti-Corruption Commission’, as well as authorities in Singapore, Switzerland and Luxembourg.

The statement also said Jho Low separately faces charges in the Eastern District of New York for conspiring to launder billions of dollars embezzled from 1MDB and for conspiring to violate the Foreign Corrupt Practices Act by paying bribes to various officials, and in the District of Columbia for conspiring to make and conceal foreign and conduit campaign distributions during the 2012 US presidential election.

“This agreement does not release any entity or individual from filed or potential criminal charges,“ DoJ said. — Bernama

Adele back after six years

1.Biden says US would defend Taiwan against China invasion