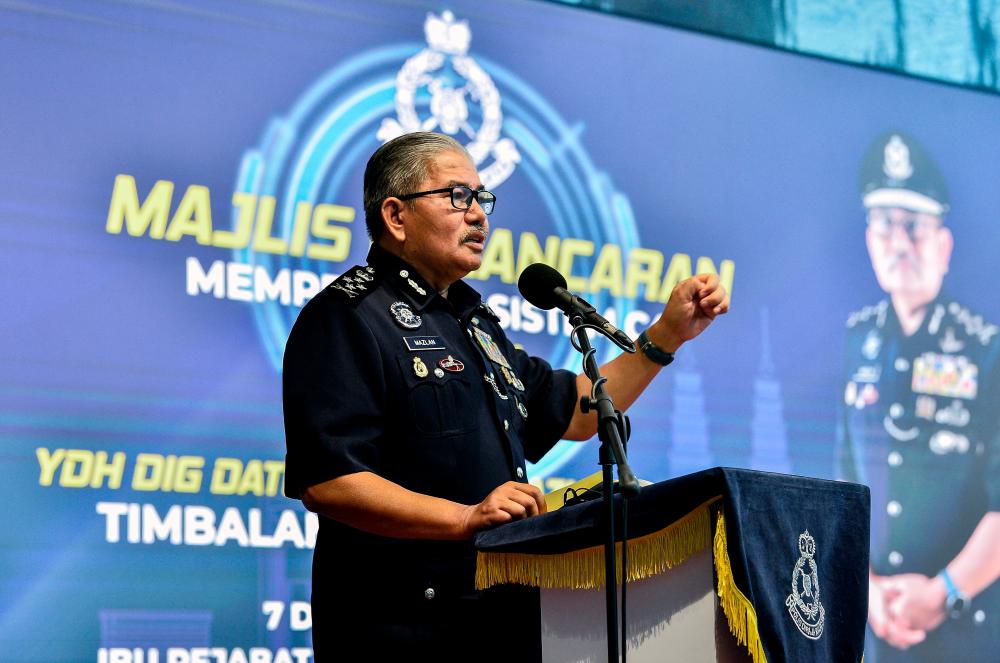 KUALA LUMPUR: Any individual or group wanting to use convoy escort or marshal service to control traffic will have to apply for a police permit and provide valid reasons on why such a service is required.

Deputy Inspector-General of Police Datuk Seri Mazlan Lazim (pix) said the use of convoy escorts or marshals without the participation of the police is an offence.

“Those wanting to organise a vehicle convoy with a marshal service must get a police permit and the police will assign officers for that purpose before any action to control or divert the traffic flow can be done, either by the police or other enforcement agencies.

“The problem now is that some individuals or groups are using the service of convoy escorts or marshals illegally or without a permit and acted on their whims and fancies, which is against the law,” he told a press conference after the launch of the Computer, Communications, Control and Command Integration (C4i) System Empowerment at the Kuala Lumpur Police Contingent headquarters here today.

Mazlan said the permit was necessary to ensure that every convoy activity would run smoothly in compliance with rules and regulations, without causing harm to other road users.

“This followed the recent raid on a private party held in the city where 303 individuals were slapped with compounds totalling RMRM1.565 million. So, the monitoring is hoped to enable the police to detect any party held at recreational clubs,” he said.

On the C4i Integration System, he said the police would give focus on the development and empowerment of the existing C4i system which combines the command and control structures in the police force through communications and computerisation, as well as integration of information with other agencies, such as the National Registration Department (NRD), Road Transport Department and the Immigration Department.

“At the moment, the focus is on the development of the C4i system at the KL and Selangor Police contingents, while the use of the system in other states is limited to the purpose of checking one’s driving licence, criminal records, missing person and access to NRD data,” he added. — Bernama