Use of drones in postal industry within five years 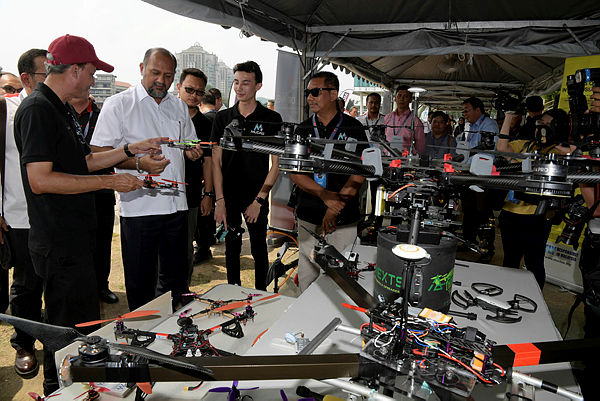 PUTRAJAYA: The commercial use of drones in the postal and courier industry can be implemented in the next five years, according to Communications and Multimedia Minister Gobind Singh Deo.

He said there were many advantages of using drone technology in various fields such as health, agriculture and medicine, and it could help send food supplies to people trapped by floods.

He said countries like Switzerland were using ‘Unmanned Aerial Vehicle’ (UAV) drones and since 2018, the Swiss Post has been using drones to send laboratory samples or specimens to clinics and hospitals.

“Malaysia does not want to be left behind in the mainstream of modernisation, and Prime Minister Tun Dr Mahathir Mohamad has also said that our country must look at new technologies like drones and artificial intelligence,” he told reporters after the closing ceremony of the Parcel Drone Competition 2019 at the Putrajaya Water Sports Complex, here today.

Gobind said one example of drone use is to send medical supplies to remote and rural areas during emergencies, or in the agriculture sector, to check out plant growth and to send fertilisers to extended areas.

The two-day Parcel Drone Competition which was jointly organised by Pos Malaysia Bhd (Pos Malaysia) and the Communications and Multimedia Commission Multimedia (MCMC), began yesterday (March 6), with 40 participants, including several from tertiary institutions.

The participants were given two chances to fly their drones with a 2-kg load, and they had to fly it for 2 km over the Putrajaya Lake and return to the starting point in the fastest time.

Gobind said the ministry would continue to give its support and motivation to Pos Malaysia and the MCMC, in the effort to improve parcel delivery in the country to be on par with developed nations.

“We will continue to make safety in the use of drones in the postal service a priority, (but) there may be times when accidents happen due to technical issues. This is in line with existing regulations as set by the aviation industry,” he said.

On the competition, Gobind said the programme was in line with the ministry’s objectives under its 2019-2023 Strategic Plan to spearhead digital economy and encourage high technology, and ensure delivery of quality service to the people.

“Through this programme, we will be able to uncover local talents with potential in the area of UAV and we can give them support and recognition so that they can progress to higher levels in the future.”

Gobind also presented the main prize of RM25,000 to Syarikat System Consultancy Services Sdn Bhd, which emerged as champion in the competition.

He said in Malaysia, drones were more popular for aerial photography and videography, as well as for recreational purposes.

“The rapid development in drone technology has opened up opportunities for us to test it to transport goods from one place to another. To realise this initiative, we need to design drones with the capability of sending goods of various sizes,” he said.

The Parcel Drone Competition was only held in Putrajaya to test the capability of drones as it is a no-drone zone. — Bernama