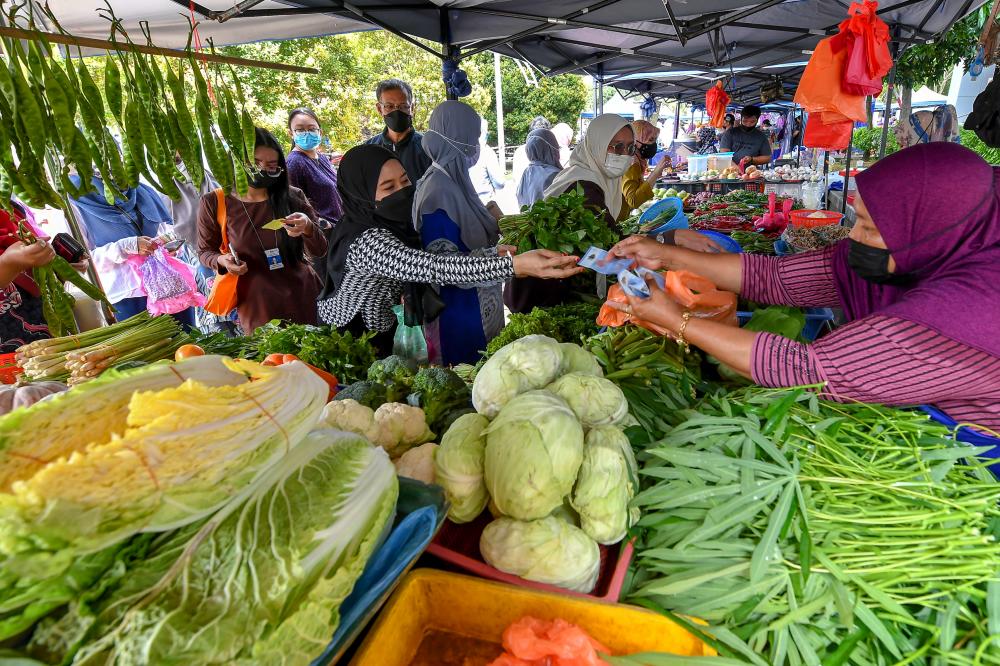 To counter this, the DAP has proposed that an injection of RM 3 billion from proceeds collected from the Prosperity or windfall tax into a National Price Stabilisation Fund that provide incentives to increase production and supply as well as partly subsidise cost to slow down the increase in prices.

Under the 2022 Budget, the allocation provided is too small such as RM200 million to help reduce prices of essential goods for residents living in rural areas as well as on islands, the price stabilisation scheme for cooking oil (RM400 million) and the subsidy for general use flour (RM40 million), he pointed out.

“The time has come for the Minister and the Federal government to take responsibility and not cowardly run away by blaming traders or even the heavy rainfall for the soaring prices,” Lim said in a statement.

“Again the Federal government appears inert and incapable of handling this new national crisis. Even Domestic Trade and Consumer Affairs Minister (Datuk Seri) Alexander Nanta Linggi has flip-flopped by backtracking from his own statement to take responsibility if he cannot reverse the soaring prices of basic necessities by Dec 9.”

The Bagan MP said Malaysia cannot afford to fail any more following the previous failure in managing the twin crisis of the economic recession and the Covid-19 pandemic resulting in a horrific death toll of 30,425, and 2,626,879 infections as at Nov 3.

“Even though (Tan Sri Muhyiddin) Mahiaddin Md Yassin has resigned as prime minister, the same faces who were responsible for the failed government are still in the current Cabinet. Now there is a new national crisis brewing of soaring prices to levels that never happened when PH (Pakatan Harapan) was in power.

“This is not about soaring prices for eggs, chickens, bread, vegetables, cooking oil and even ice cubes. This is also not just about the prices of imported fertilisers and insecticides as well as construction costs rising unchecked.

“More importantly, this is about the people’s sufferings and livelihood when their purchasing power is halved with daily necessities that are not luxury goods but sold at luxury prices. With prices escalating and their salaries not going up but remaining stagnant, whatever added financial assistance given by the government has been totally nullified and negated,” he added.

Lim said the government should stop pinning the blame solely on traders, farmers or businesses when they are also victims of high prices imposed upon them by the forces of supply and demand, rising logistics and transportation costs.

Action taken to punish all traders is merely to cover up the failure of an ineffective Minister but does not solve the problem of soaring prices but may make the problem worse with supply shortages, he said.

“The federal government must take responsibility for failing not just to anticipate but also handle this crisis by requiring the full attention of the Prime Minister and the National Recovery Council (NRC), which appears to be sleeping on the job. There is no sense of priority or urgency when the Minister Alexander does not even know what the NRC or the Prime Minister is doing to overcome this national crisis,” he added.

2.Gift of education for unprivileged pupils

3.Barisan Nasional the coalition to beat in Johor