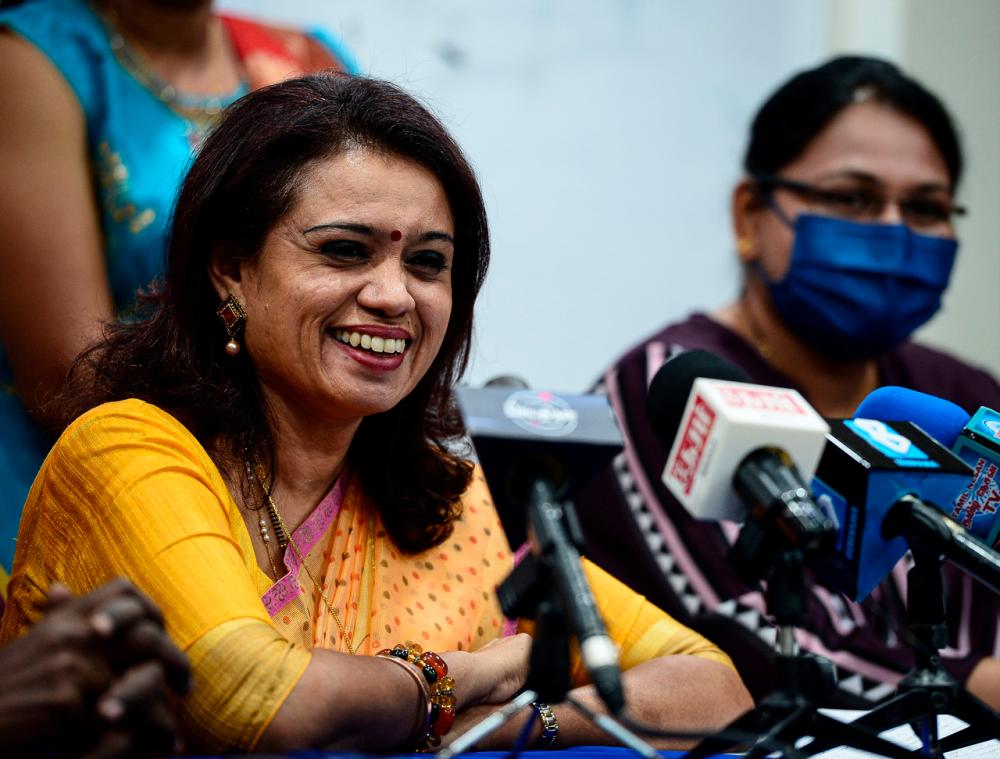 KUALA LUMPUR: National MIC Wanita chief J. Usha Nandhini (pix) has announced that she will defend her post in the party elections next week.

She said she will submit her form on nomination day on Friday. This is after getting the support of more than 50 women branch leaders of the 74-year-old party.

“I have received the blessings and support from MIC president Tan Sri S. A. Vigneswaran to contest in this election,“ she said in a press conference at the MIC headquarters, here, today.

Usha was the MIC Puteri chief from 2003 to 2013 before being elected as MIC Wanita chief after winning unopposed in the party’s election in 2018. She served as a member of the Dewan Negara from 2008 to 2011.

Responding to rumours about former Wanita chief, Datuk M. Mohana who will also be contesting for the post, Usha said the election was a democratic process and anyone could be a candidate if they met the conditions based on the party constitution.

“I welcome healthy competition. When there is competition, it proves that the party is still solid and strong,” she said.

There are rumours that two groups led by Usha and Mohana will be vying for several positions in the party’s women’s wing.

The nomination of candidates for the Youth, Wanita, Puteri and Putera wings for the national and divisional levels will be held on Friday while the elections are scheduled for Oct 30.

According to the MIC constitution, party elections must be held every three years.

Ashwin puts India on course for series win over Kiwis

Mother and lover remanded for allegedly abusing boy to death

3.Ashwin puts India on course for series win over Kiwis