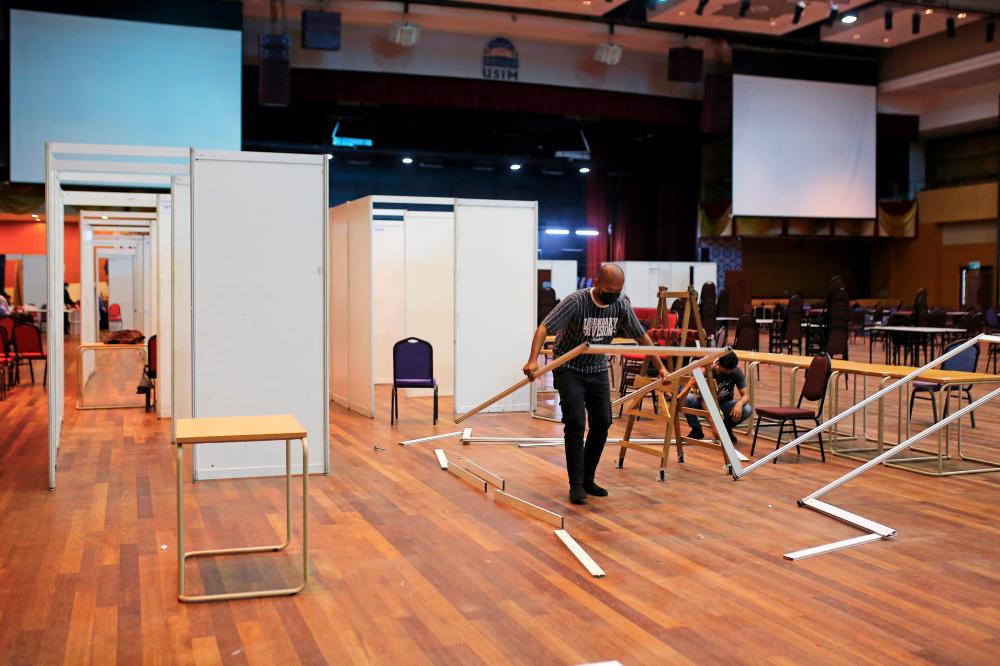 “The high number of vaccine recipients have contributed some 26 percent to the formation of the herd immunity in Negeri Sembilan to curb the spread of Covid-19,” he said in a statement today.

Mohd Radhi said USIM appreciated the contribution of all volunteers from various levels of society and agencies who have worked hard to ensure the smooth running of the Mega PPV.

Meanwhile, state Human Resources, Plantation and Non-Muslim Affairs Committee chairman J. Arul Kumar said the Mega PPV at USIM has been recognised as one of the three best PPVs at the national level.

“If at the end of July Negeri Sembilan was among the top six states recording highest Covid-19 daily cases, now the number of daily infections has decreased. This is following the ramping up of the vaccination process through the setting up of PPVs including at USIM which helped us to achieve the set target,” he said. — Bernama