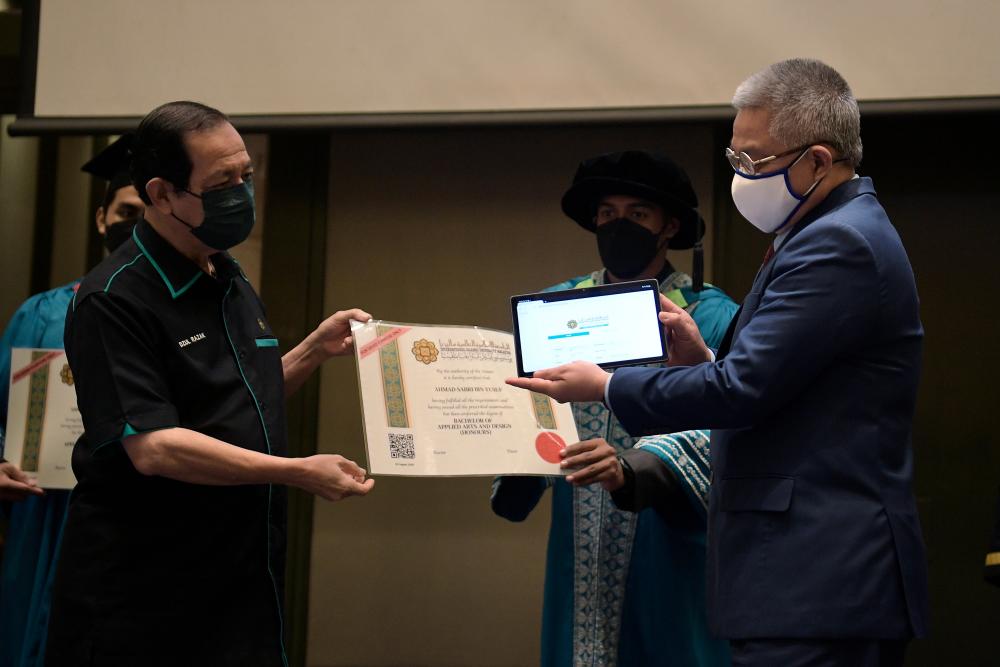 However, he said that the recent forgery of vaccine certificates in Terengganu was due to integrity problems of irresponsible parties.

He added that the fake vaccination certificate issues can only arise if the party who handles the vaccination abuses its power, such as updating MySejahtera without giving any injections.

“As we know, the Terengganu police have uncovered fake vaccination certificates, believed to be masterminded by a private clinic doctor,” he said after launching the e-Skrol platform, using blockchain technology, for International Islamic University Malaysia (IIUM) graduates today.

Yesterday, Terengganu police arrested a doctor at a private clinic after he was suspected of issuing fake Covid-19 vaccination certificates in Marang.

In this regard, Dr Adham said MOSTI would leave it to the police for further investigation and action.

He added that the latest blockchain technology was safe and protected the public’s personal data, and the authenticity of the Covid-19 vaccination certificate could not be doubted.

On the launch of the e-Skrol platform, he said that IIUM, in collaboration with MOSTI and the Ministry of Higher Education (MOHE), could share expertise in the development of e-Skrol, so that its use could be expanded in public and private institutions of higher learning, both locally and abroad.

He said that the system, developed by IIUM, would not only help address the widespread problem of scroll forgery but would also facilitate the verification of the scrolls of IIUM graduates at home and abroad.

On the use of the e-Skrol platform, he said that IIUM graduates, employers and the general public who needed confirmation of the degree scroll only needed to access the portal site provided to obtain confirmation online.

“With the e-Skrol system that uses blockchain technology, MOSTI believes that employers’ confidence in graduates can be enhanced, especially for the recruitment of employees in their respective organisations and companies,” he said. — Bernama