USM wants to be information, film and creative content hub 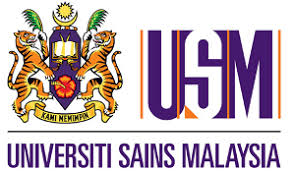 USM deputy vice chancellor (research and innovation) Professor Datuk Ir Dr Abdul Rahman Mohamed said the USM-Finas co-operation had taken place in 2007 during the organisation of the 20th Malaysian Film Festival and the signing of the MoA would enable both parties to share expertise and information which could benefit both sides.

‘’Being located in the north, it is hoped that USM, specifically the Communications Study Centre, as the northern hub for channeling numerous information and implementing numerous film related activities and creative contents, can be made beneficial use of by numerous other quarters in this northern area,’’ he said after the signing of the MoA here today.

He said the collaboration would give the opportunity to USM and Finas to share expertise and information to together develop human capital and subsequently contribute to the development of film and creative content.

In addition, Abdul Rahman said the co-operation with UGM would include the aspects of student and staff exchange, explore research co-operation, publication and academic programmes.

‘’It is also hoped that such collaborations will further strengthen USM’s network with renowned academic institutions in the south east Asian region to together develop and sustain the education sector in an increasingly challenging era,’’ he said.