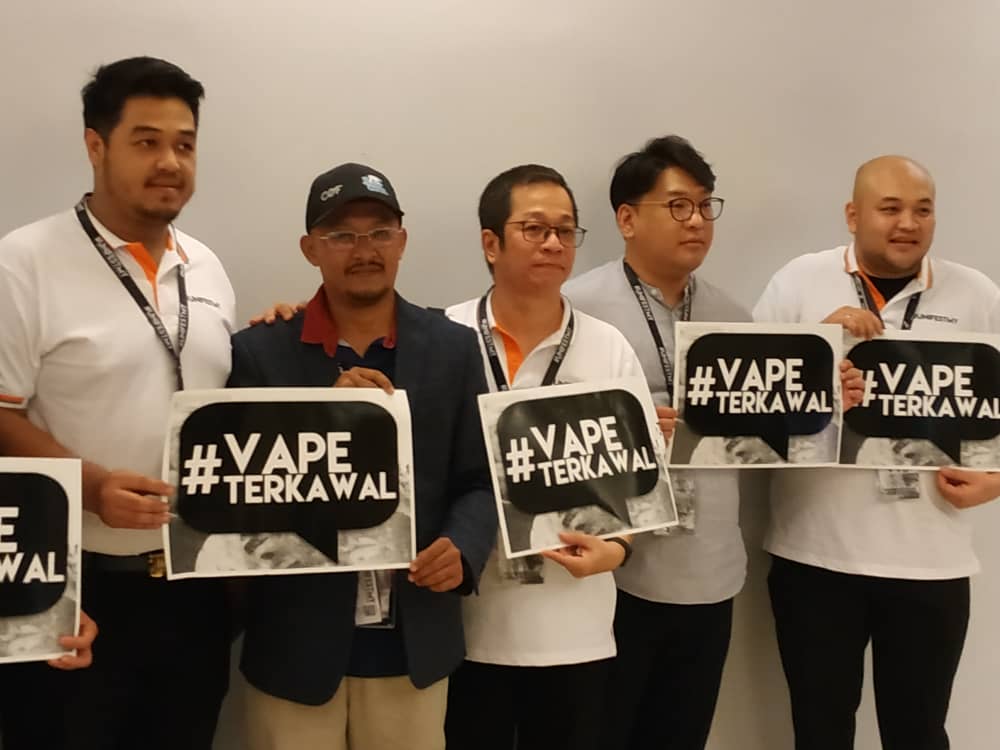 KUALA LUMPUR: The Malaysia E-Vaporisers and Tobacco Alternative Association (Mevta) and the Malaysian Vape Chamber of Commerce (DPVM) launched the #vapeterkawal campaign at Unity Festival 2019 at APW Bangsar on Saturday.

Mevta president Rizani Zakaria said they would also like to be included in the discussions on the industry, following the government’s move to regulate the sale and use of nicotine vape in the country.

“The future of the Malaysian vape industry, which is estimated to be valued at RM2 billion, as well as thousands of young local entrepreneurs and employees is now in the hands of the government as it considers new laws and regulations for the industry,“ he said at a press conference after launching the #vapeterkawal campaign on Saturday.

“By enacting regulations for the sale and use of nicotine vape, the Malaysian vape industry will be able to have a clearer direction moving forward and this will facilitate the growth of local entrepreneurs and create more job opportunities for Malaysian citizens, ultimately enabling the industry to contribute positively to the national economy.”

He said Mevta is agreeable if the government imposes taxes on vape devices or e-liquids, and introduces regulations on advertising vape products online.

Rizani acknowledged that while there are many honest and hardworking people in the vaping business, there are also unscrupulous ones who irresponsibly sell vape devices to those below 18 years old.

“They should be caught for selling dangerous e-liquid substance, or low-quality devices, and selling them to those below 18 years old,“ he said.

The Health Ministry is expected to table the bill on tobacco, vape, e-cigarette and shisha in Parliament by March 2020.

Deputy Health Minister Dr Lee Boon Chye said the composition of e-liquid or vape juice and its sale are among aspects taken into account in the drafting of the law to regulate vaping.