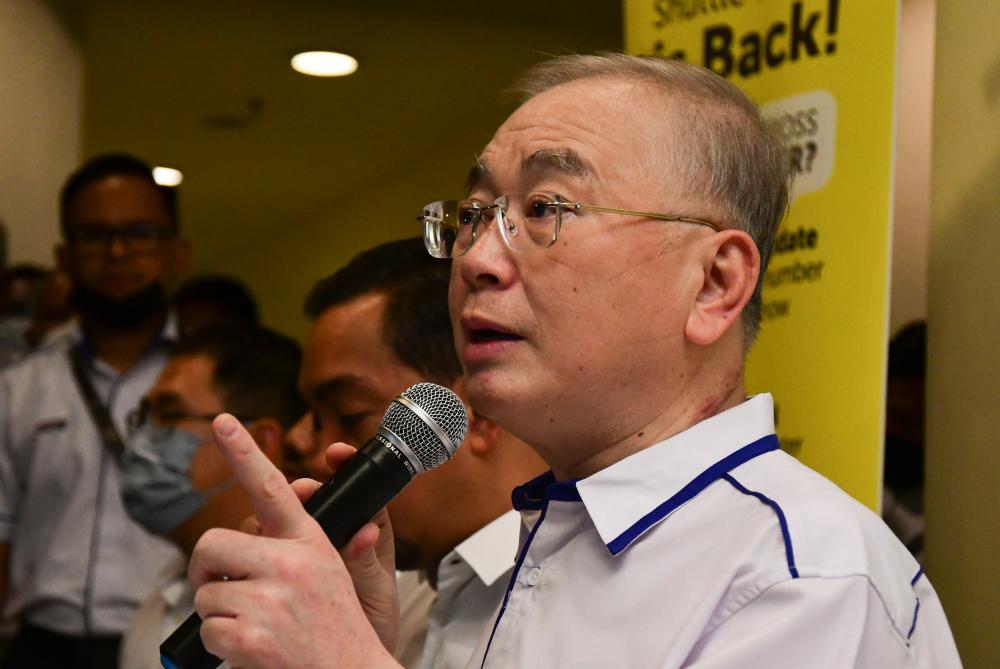 He said all the seats contested by BN were important in forming the federal government, even if not represented by MCA candidates.

“We are not looking at BN victory in a particular seat, because what is more meaningful is an absolute victory for BN.

“What we are seeing now is BN maneuvering ways in ensuring we are accepted by the rakyat. This is a BN collective action that encompasses three major parties namely UMNO, MCA and MIC,” he told a press conference after chairing the Johor MCA Liaison Committee meeting here today.

He said this when asked to comment on the seats that will be the focus of MCA in GE15.

Wee said all MCA divisions would also double their efforts to face GE15 which could be expected any time.

Wee did not respond to the allegation as Tee was no longer an MCA member after leaving the party on May 26. - Bernama